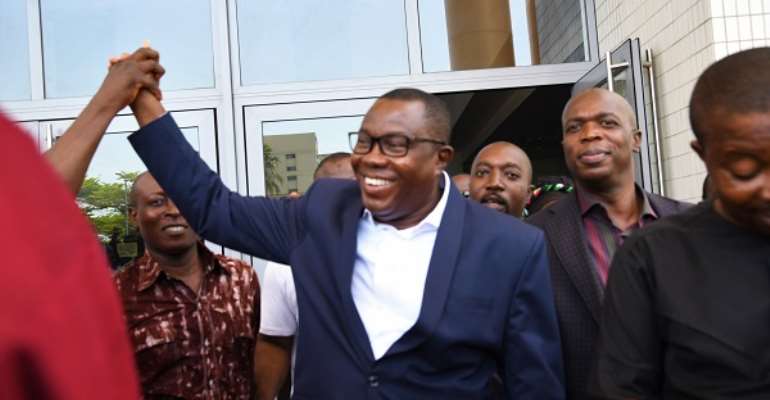 There was drama in the trial of Samuel Ofosu Ampofo, the National Chairman of the National Democratic Congress (NDC) when a prosecution witness denied knowledge of his witness statement.

Benjamin Osei Ampofo Adjei, a newscaster with Adom Fm, was in court on Wednesday to testify on behalf of the prosecution, but he ended up denying the statement the prosecution said he made to buttress their case.

Ampofo although acknowledged his signature on the statement, buy claimed he had no knowledge of the content.

After many tussles by the defence and prosecution, the Accra High Court adopted the statement after the presiding judge, Justice Samuel Asiedu, ruled that as far as the witness had identified his signature on the statement, the statement was valid.

Samuel Ofosu Ampofo and Anthony Kweku Boahen, a Deputy Communication Officer is the party, are on trial over an alleged leaked tape in which they are accused of inciting violence against the Chairperson of the Electoral Commission (EC), Mrs Jean Mensa, and the Chairman of the National Peace Council (NPC), Rev. Prof. Emmanuel Asante.