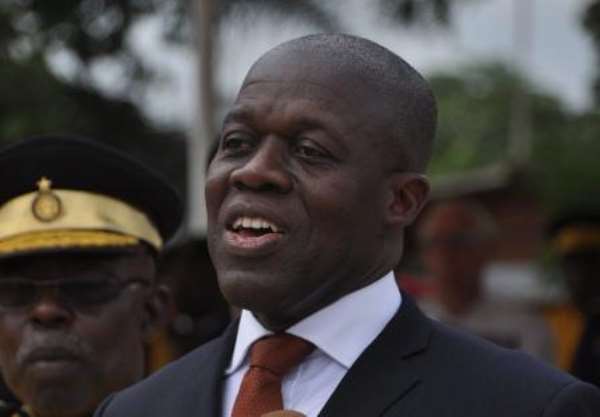 She may have so soon conveniently forgotten what Mrs. Matilda Amissah-Arthur, widow of former Vice-President Kwesi Bekoe Amissah-Arthur, told Ghanaians and the global community about the short-shrift treatment afforded her husband, the Governor of the Bank of Ghana during the tenure of President John Evans Atta-Mills, late, as Vice-President to Mr. John Dramani Mahama. We are told that the Cape Coast native was not even permitted to attend many of the most important cabinet sessions of which he was supposed to either chair or act as Deputy Chair to then President Mahama. So Ms. Margaret Ansei, aka Magoo, may be forgiven for risibly and farcically claiming that President Addo Dankwa Akufo-Addo has lost any use for the most dynamic and powerful Vice-President in postcolonial Ghanaian history, namely, Alhaji-Dr. Mahamudu Bawumia (See “ ‘Bawumia’s Usefulness in NPP Has Reduced Drastically’ – Magoo Jabs” Modernghana.com 1/25/20).

Indeed, had the former Mahama-appointed Municipal Chief Executive (MCE) for Suhum, in the Eastern Region, been paying sedulous attention, she would have seen Vice-President Bawumia on television recently initial a contract with the Chinese government regarding funding for some factories to be shortly established under the “One District, One Factory” Akufo-Addo industrial policy initiative. Let this desperate Mahama toady tell Ghanaians one significant economic policy initiative that former President Mahama permitted his late Vice-President to negotiate with any foreign government, on behalf of either the then-President Mahama or the nation at large, during the four-and-half-year Dumsor-inflected tenure of the former Rawlings’ Communications Minister. After all, isn’t it an open secret that even a common Presidential Staffer like Mr. Stanislav X Dogbe, whom Mr. Alban SK Bagbin, the longest-serving National Democratic Congress’ Member of Parliament and current Second-Deputy Parliamentary Speaker, has publicly described as the de facto President under the Mahama tenure, had much more executive and statutory powers than the officially elected and sworn Vice-President Paa Kwesi Amissah-Arthur?

Likewise, had Ms. Ansei bothered to check the labor or unemployment statistics under the Dumsor tenure of Mr. Mahama, she would not be blowing the sort of rancid hot air that she was recently reported to have blown on the Mugabe Maase-hosted so-called Inside Politics radio program. And for those of our readers who may not readily recognize who he is, Mugabe Maase is one of the three Mahama propaganda shills who threatened to literally rape then-Chief Justice Georgina Theodora Wood in the runup to the 2016 general election. If he was not named as a member of the 38-member Senchi-like Foreign-Exchange boondoggle Development Committee, this is primarily because unlike the late Vice-President Amissah-Arthur, Vice-President Bawumia is a full-time substantive Deputy Commander-in-Chief of the Ghana Armed Forces with a plateful agenda of his own; whereas in the case of the late Mr. Amissah-Arthur, a token NDC vote-getting Fante quota-meeting Atta-Mills substitute, we are reliably informed, he was treated like a butler or the houseboy by a patent intellectual and professional subaltern or inferior like Stanislav Dogbe.

Indeed, Ms. Ansei would be better off pondering why with just about 10 months to the 2020 general election, Candidate Mahama still hasn’t shortlisted his possible running-mates, let alone compose and release his electioneering campaign manifesto and policy agenda.