If They Like, They Should Boycott The Voter Registration – John Boadu Dares NDC 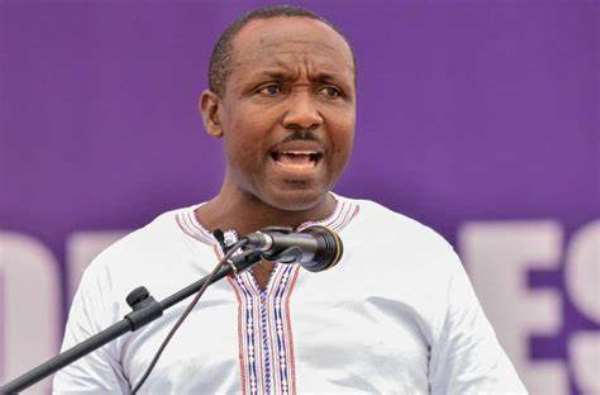 The General Secretary of the governing New Patriotic Party (NPP), Mr John Boadu, has said the opposition National Democratic Congress (NDC) can boycott the planned voter registration exercise if they like.

His comment follows NDC and five other opposition political parties of their two street protests in Tamale and Kumasi to express their disapproval of the new registration announced by the Electoral Commission.

Speaking in a television interview with Accra-based Citi TV on Tuesday, Mr Boadu said the NDC is being disingenuous in its opposition to the new register.

“While demonstrating, they [NDC] are [also] motivating their people to go out there and register. So, the good people of this country shouldn’t be deceived by this deception. We are waiting for the Electoral Commission to come out with the days and plan for the movement of their machines and the periods for the registration exercise for us to get ourselves registered. If the NDC believes in what they are saying, they should boycott it when it gets to the registration date. Election or registration is not compulsory in this country,” he said.

The NDC’s National Chairman, Samuel Ofosu Ampofo addressing the demonstrators in Kumasi on Tuesday said the suspension is to allow for the EC’s Eminent Persons Advisory Body to intervene to get the EC to grant them audience at an IPAC meeting.

The EC’s decision to compile a new voters’ register as well as upgrade its election management system has been met with opposition from the six political parties.

Avoid greed, dishonesty and hypocrisy in galamsey fight – As...
55 minutes ago