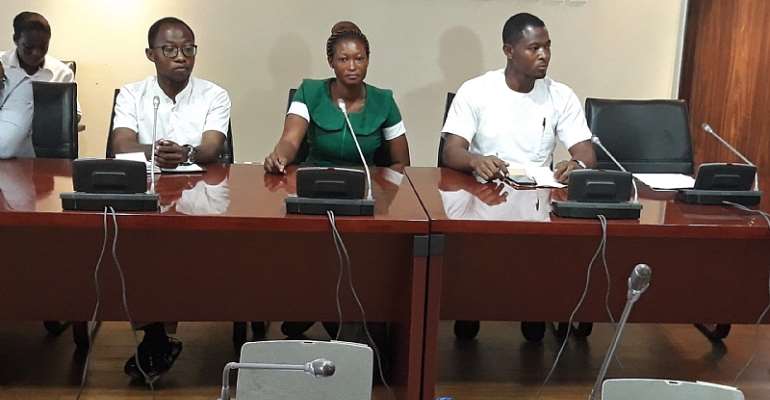 A group calling itself Graduate Unemployed Nurses and Midwives Association (GUNMA) have scheduled January 28, 2020, to demonstrate against what they say is government’s failure to provide clearance for their posting since they completed in 2017.

According to the leadership of the association, they have had a series of engagements with the Ministry of Health and President Nana Akufo-Addo over delays in their posting but it has yielded no positive result.

The demonstration which will take place in Tamale in the Northern Region will be the first of a series of demonstrations expected to be staged across the 16 regions.

In an interview with Citi News, the National President of the Association, Sugri Abdul Rafiq, said their continued stay in the house could destroy the skills acquired in School.

He refuted claims by the government that it has cleared nurses for employment from 2012.

“Our concern here is the misinformation that is out there. The Ministry of Health and other government officials are telling a different story. For example, they have come out to state categorically that since 2012 there have not been any nurse that has been cleared and that it is this government that have engaged nurses from 2012 up to 2016 and most Ghanaians believe it but in actual sense it is not true.”

Members of the Graduate Unemployed Nurses and Midwives Association on Monday, 21 October 2019 picketed at the Ministry of Health (MoH) to demand their immediate employment.

The group said the action was taken because the ministry failed to give them any positive response regarding financial clearance for their employment.

About six of the unemployed nurses, including a person living with disability, who took part in the picketing were arrested and subsequently released after the Minority in Parliament condemned the act describing the situation as an attempt by the government to use the Ghana Police Service to institute the culture of silence in Ghanaians and prevent them from exercising their democratic rights.

Deputy Minister of Health, Alexander Abban, reacting to the picketing said 54,000 nurses and midwives had been employed since the New Patriotic Party (NPP) came into office in January 2017.

He said the government was still working to absorb a number of unemployed nurses.

Mr Abban said the embargo on public sector jobs that existed prior to the NPP's coming into office was largely to blame for the backlog of unemployed health professionals.

“I can say on Authority that, about 54,000 nurses [had been employed]. All the recruitment we have made over the period had to do backlog that was left from 2012 to 2016. We all know and we have to freeze public sector employment. And for that reason, from 2012 to 2016 not a single soul from within the health sector working group was employed.”