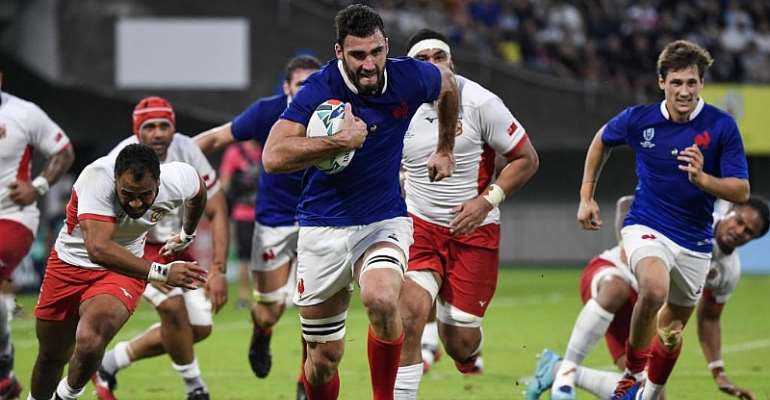 France's new rugby boss Fabien Galthié on Wednesday named Charles Ollivon as national skipper for the 2020 Six Nations tournament. The 26-year-old is the youngest and least experienced captain of the national side for two decades.

Ollivon replaces Guilhem Guirado who retired after France's quarter-final defeat at the 2019 World Cup in Japan.

It's an honour to be the France captain," said Ollivon. "It's a somewhat special moment, quite moving. I can't wait to get started."

Ollivon's ascension caps a spectacular comeback. Several serious injuries robbed him of action in 2017 and 2018 and jeopardised his elite-level career. But he returned in the spring of 2019 and eventually landed a place in the World Cup squad.

Galthié, who captained France on 25 of his 64 outings, took over as head coach following the World Cup in October after serving as an assistant to Jacques Brunel.

Edge
The 50-year-old coach underlined his desire to usher in a new era by calling 19 uncapped players into the 42-man squad, including six from the victorious under-20 World Cup winning team.

"It's not a squad that has fallen from the sky," Galthié said. "It's a squad which has been produced because the players have proven during their recent history that they have the ability to become great France players."

With an average age of 24 and only one player over 30, Galthié insisted: "There's no specific age barrier. It was a collection of criteria that we followed."

The fresh look will be put to the test on 2 February when France host England for the opening game of the Six Nations tournament.