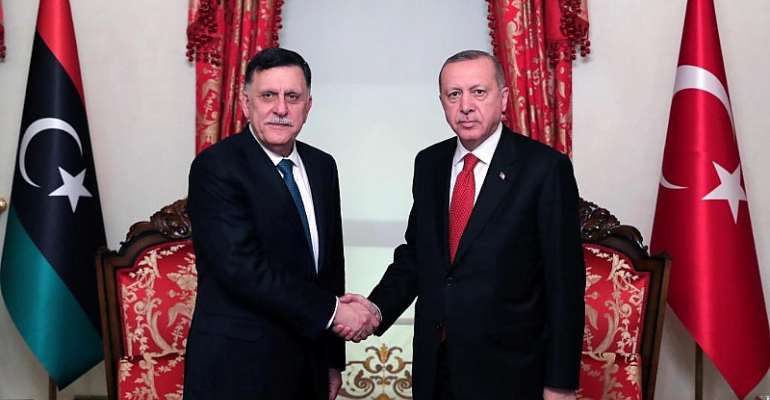 Turkey's parliament has approved the deployment of troops to Libya to support the UN-backed government in Tripoli. Regional powers have condemned the move. Greece, Israel and Cyprus signed a joint statement late Thursday saying it threatens stability in the region.

The Tripoli-based Government of National Accord (GNA), headed by Prime Minister Fayez al-Sarraj, has been under attack since April by General Khalifa Haftar, who heads a rival government in the east of Libya, and is backed by Saudi Arabia, Egypt, the United Arab emirates as well as France and Russia.

A separate agreement on maritime boundaries between Turkey and Libya grants Turkey rights to large swathes of the Mediterranean where gas reserves have recently been discovered.

Turkey says the troop deployment in Libya is to safeguard its interests in the eastern Mediterranean, where it finds itself increasingly isolated as Greece, Cyprus, Egypt and Israel have established exclusive economic zones paving the way for oil and gas exploration.

Libyan sovereignty
In their statement, Greece, Israel and Cyprus said that sending troops to Libya would violate Libyan national sovereignty and independence.

US President Donald Trump also warned against any "foreign interference" in Libya.

No details have been given on the scale of the potential deployment and Vice-President Fuat Oktay told state news agency Anadolu on Wednesday that no date had yet been set.

He described the parliament motion as a "political signal" aimed at deterring Haftar.

Witness confirms Dampare’s involvement in the arrest of Abua...
48 minutes ago