What Does Ghana Call An Effective Leadership? 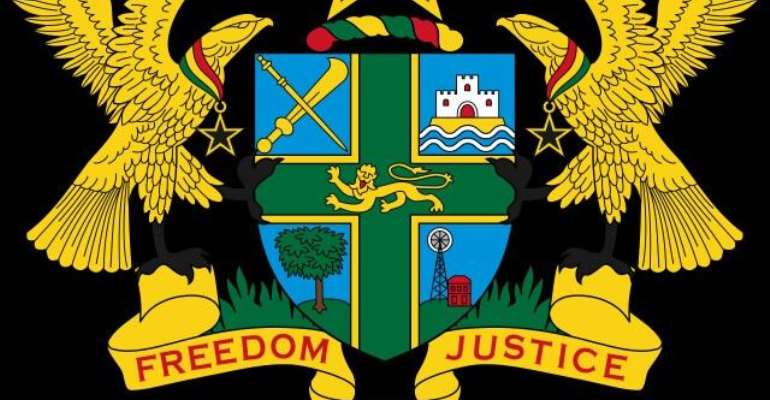 Ghana's coat of arms: Do freedom and justice really exist in Ghana?

When it comes to politics in Ghana, it is very common to read arguments and insults between the NPP and NDC party members or supporters, over which party has performed best and the one which has failed the country. These ugly political scenes are often witnessed concurrently in the third world.

As a matter of fact, those living in Ghana see things differently. Many don’t even know their rights and can’t even realize how their freedom and livelihood have been stolen from them by greedy politicians that seem to care, yet the government is being run to improve the lives of politicians and their families.

If you live outside Ghana, or in any developed country, you will clearly see how the clandestine activities in Ghanaian politics, including massive corruption and incompetence, have deprived and forced common Ghanaians to be chronically poor and unemployed.

In almost every European country in the West, leaders have worked very hard to create a sustainable flexible economy for both the poor and highly paid workers. The reason both a labourer and a medical doctor have a house and drive a car.

Therefore, please, don't tell me that Ghanaian leaders are doing something special for the suffering masses. In fact, poor leadership is ruining the country and killing its population prematurely.

From every tree, dry leaves fall but the fast rate Ghanaians are dying prematurely, due to poor medical facilities and poverty is very disturbing. Last year, I asked the Ghanaian government in one of my articles: Why all my friends in Ghana are dying one by one? I have lost most of my friends I am older than them.

The high death rate recorded in Ghana daily from preventable diseases or sicknesses which are not life-threatening indicates that Ghana’s medical system is extensible corrupt and poor. One can easily succumb to death because of just a common headache.

A good leader is always a rare commodity; therefore, in times of radical economic changes, more commonly everything in crisis, in rich resources Africa, a good leader is essential for both collaborators, create employment and build a successful country.

Ghana is not a poor country, even richer than many European countries, yet half of the population lives in poverty. Even Romania, one of the poorest countries in Europe, in which 43 years of communism were characterized by food shortages, political instability, and poverty is now among the fast economic growing countries in the world.

The country’s education system has created a pool of talented product developers; taking advantage of modern technology to improve sales and marketing skills in the country.

Ghana needs a transformation that has never been seen in its political history but which leader can bring that change in a country that has so much but heavily ruined by corruption, the lack of good medical care and poor judiciary system?

I have already said that Politicians that say Ghana has a future are filthy corrupt. To many Ghanaians in the country, everything that glitters is gold but if you are fortunate to live in a developed country, you acknowledge this fact. Politics in Ghana is a joke.

Poor leadership in Ghana has led to the common waste of hard-earned resources and created a very high rate of unemployment, therefore, Ghanaians must vote wisely for also the future of your children.