Liberia: A Sad Story Disconnected from the Real and Hidden Legacy of Ellen Johnson Sirleaf 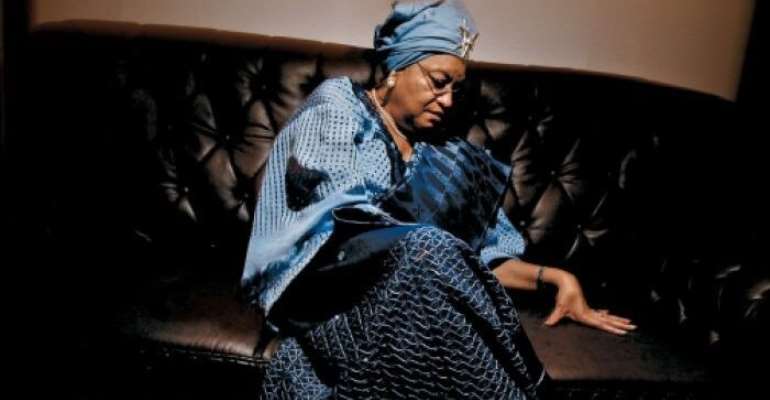 ROME, Italy – Over the past period, every day, especially today, is a sad day in Liberia. Our entire country is a joke. While youth in other countries are talking about, engaged in and undertaking the next best thing in technology, sharpening their skills and preparing their analytical minds, what is happening (continuous but understandable anti-government protests, lateral and vertical incompetence, economic paralysis and social meltdown, endemic mismanagement and misrule) in Liberia is exactly what Madam Ellen Johnson Sirleaf and her core humanly insensitive crew wanted, and this is what they created in 12 years of open-door stealing, unashamed corruption, and bad governance. This is what she also wanted when she diabolically designed and supported the structure she left behind⁠—extreme poverty, high unemployment, weak and bad governance, corrupt institutions, failed educational system, and an unethical and misguided legislature.

Madam Ellen Johnson Sirleaf failed Liberia after 12 years of being entrusted with state power as President of the republic. She failed on all indicators ⁠—especially with regards to human security and human development. She should be ashamed and embarrassed about what she created.

When the moment came for her to atone and reshape Liberia’s past, she refused to listen to God as well as to wise men and women who told her that her last-minute political tactics while leaving office, were very dangerous and bad for the country and potentially for the future of successive Liberian generations. She was stubborn and never listen, as usual, giving room to the current social, economic, and political breakdown. This is what she left with Liberia and Liberians who freely and willingly gave her state power, and whose natural and other resources her administration exploited in fulfillment of personal gains and selective enrichment.

Madam Ellen Johnson facilitated and left behind an unsophisticated and unskilled Liberian youth population that she refused to invest in, especially young Liberian girls who she let down as Africa’s first ‘democratically’ elected woman president.

She mismanaged the country’s financial output from concessionary contracts and other things. She championed and emboldened a corrupt and clueless national legislature that only represents itself and its members, and through hook and crook, she imposed on Liberia an unprepared political mandate.

She thought she was smarter than everyone who cautioned her otherwise, but this is what we are dealing with⁠—the shame she brought on our nation and people.

Only sound and better-schooled individuals will understand and appreciate why Ellen Johnson Sirleaf must be blamed for the mess we see ongoing today in Liberia.

When a leader’s legacy is a shadowy scheme that empowers a few (less than 1% of the total population) through an organized and interconnected chain of corruption and a pay-to-play institutionally-guided theft of public funds; is bent on self⁠-interest and singular protection at the expense of an entire nation and people; marginalizes all human sectors and the potential of the citizenry; and facilitates the existence of weak, incompetent and corrupt institutions, that leader has categorically and undeniably failed. This is the truest and real legacy of former Liberian President Ellen Johnson Sirleaf.

Contrary to the impious legacy of Liberia’s and Africa’s first ‘democratically elected woman president,’ former Ghanaian President Jerry John Rawlings not only left behind strong institutions in Ghana; he transformed the thinking and developed the skill-sets of Ghanaian youth – boys and girls, set up vibrant social, economic and political systems and internal structures, nurtured unparalleled patriotism across Ghana, and finally left behind a desirable and prepared political mandate in the person of John Kufuor – an esteemed and seasoned statesman and other leaders who followed – while simultaneously listening to the voice of God through his conscience and the advice of wise men and women both in Ghana and in Africa.

Today, Rawlings’ Ghana is a shining example in Africa, while Ellen Johnson Sirleaf’s Liberia is an absolute mess. People from all walks of life are craving to live, work, and do business in Ghana, while people around the world are removing Liberia from their investment itinerary and a bucket list of places to ever visit. Black American investors, influencers, and others are pouring into Ghana because of what Rawlings set in motion and those that followed him sustained.

J.N. Williams is a Catholic educated public philosopher and a U. S. trained public policy and institutional governance professional with strong expertise in job creation policy, workforce development analysis, and socio-economic growth and development. He can be reached at [email protected]