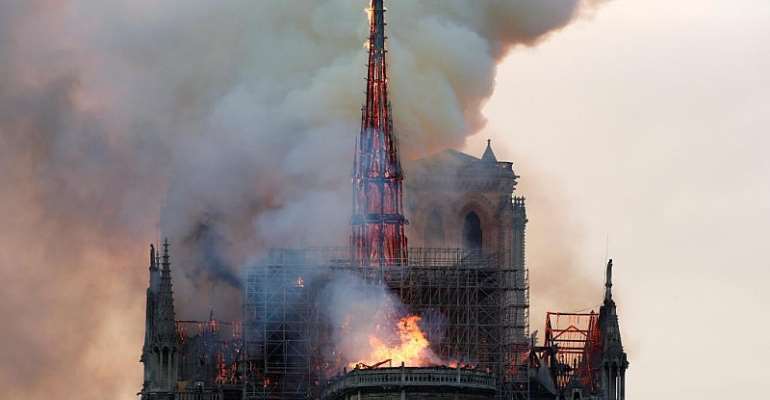 For the first time in more than 200 years Notre-Dame Cathedral in Paris was unable to offer Christmas Eve Mass for its legions of worshippers.

With the cathedral undergoing reconstruction work after a fire ravaged its ancient structure in April, Patrick Chauvet, the cathedral's rector held the service at Saint-Germain l'Auxerrois, a few hundred metres away.

The cathedral remained open for Christmas through two centuries of often tumultuous history - including the Nazi occupation of Paris during the second world war - and was closed only during the anti-Catholic revolutionary period in the late 18th and early 19th centuries.

"It isn't the same feeling but it's still a Christmas Mass," said 16-year-old Juliette, who had made the 760-kilometre trip to Paris from Aix-en-Provence with her family. "There will be a thought for Notre-Dame tonight, that's for sure."

Memory
"We have been crying since April 15 and today even more," said Danielle, a Parisian, who attended last year's mass at the cathedral.

Notre-Dame, part of a UNESCO world heritage site on the banks of the River Seine, lost its gothic spire, roof and a plethora of precious artefacts in the blaze which could have been caused by a cigarette butt or electrical fault.

Thousands of people watched dumbstruck as the fire engufled the monument.

In the aftermath of the blaze, President Emmanuel Macron set a timetable of five years to repair the 800 year-old structure. In October, the culture ministry said nearly one billion euros had been pledged or raised for the reconstruction.