We’ve Kept To Our Promises – Bawumia 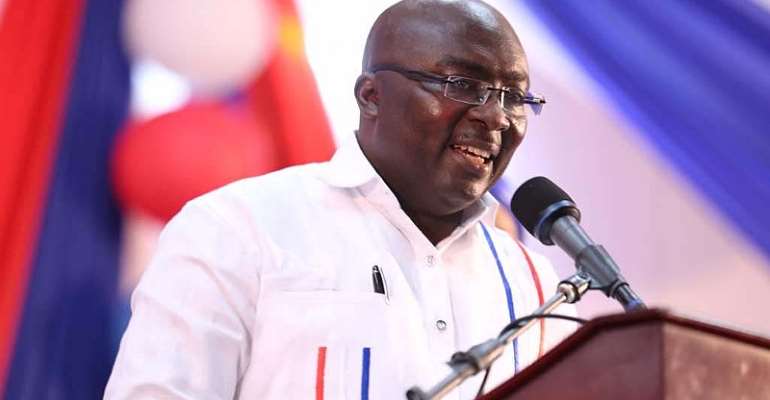 Vice President Dr Mahamudu Bawumia has indicated that the ruling New Patriotic Party (NPP) has kept to its promises of implementing social intervention policies aimed at reducing the suffering of Ghanaians.

He said the NPP administration under the leadership of President Nana Akufo-Addo has worked hard to reduce the suffering of Ghanaians from all walks of life, including Zongo communities.

However, he noted that the party has not eliminated suffering from the Ghanaian society.

Therefore, he stated that there was still more to be done by the NPP administration to ease the plight of Ghanaians.

Dr. Bawumia made this known as he delivered a statement at the NPP’s 27th annual national delegates Conference held on Sunday December 22, 2019.

Delegates of the party from across the country attended conference held at the Fantasy Dome of the Trade Fair Site at La, Accra.

According to him, the party has succeeded in transforming and digitizing the Ghanaian economy.

He also revealed that the erratic power supply which the NPP inherited from the ‘NDC Government is now a thing of the past.

The Vice President noted that there were plans to further digitize the economy, including enrolling each of the 275 ambulances on a digital platform for monitoring.

He also noted that house addresses of persons across the country would be synchronized with the police, fire service and ambulance emergency numbers for speedy and easy response to emergency cases.

According to him, the next phase of the transformation of the Ghanaian economy is the area of infrastructure.

He reiterated that 2020 is the year of roads.
Kufuor Speaks
In a speech on the occasion, former President John Agyekum Kufuor, explained that the NPP is a party that Ghanaians love naturally.

He stated that transforming Ghana into a developed economy would require successive NPP Governments.

He said the President Akufo-Addo’s Government has performed so well.

But he was quick to add that the NPP Government should not relent on communicating its achievements.

He said the government should continue to communicate to Ghanaians and the rest of the world what it has been able to achieve.

The clarion call at the conference is a massive campaign for the reelection of President Akufo-Addo in 2020.