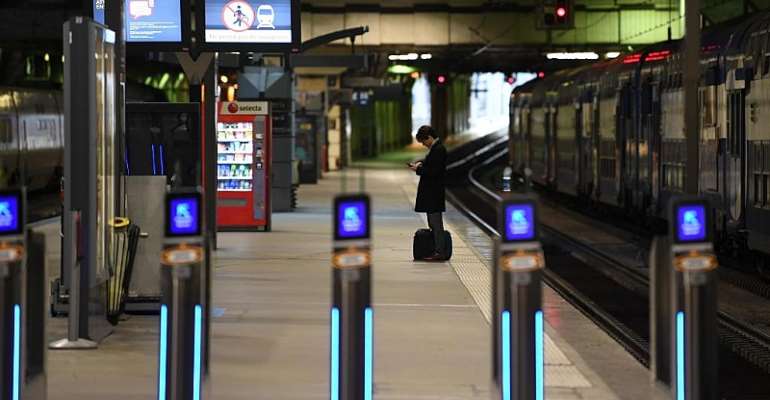 As France struggles through a 14th consecutive day of transport disruption due to strikes over the government's proposed pension reform, no clear picture is emerging for the millions planning to travel over the Christmas period.

The limited number of suburban trains running at peak periods has once again provoked massive tail-backs around Paris and other French cities.

In the capital, only the two automated were running normally. Eight of the remaining 16 were closed, with limited or extrememy limited services on the others.

Approximately half the capital's bus fleet is in operation.

On the wider horizon, one quarter of trains were running in the area around Paris, five of every six intercity trains were in service; an estimated 14 percent of rail staff were on strike.

Crucially, the number of strikers among network controllers, who ensure the safe functioning of the national rail system, was estimated at 23 percent.

One long-distance high-speed train in three was operating, a slight improvement on previous strike days. The international services to London, Brussels, Amsterdam and Geneva were described as slightly disrupted.

What's going to happen for the holidays?
The national rail carrier SNCF is putting the finishing touches to a plan which should ensure that 85 percent of travellers who have booked train seats over the holiday period will be accommodated.

However, the success of that plan will depend on the availability of a sufficient number of network controllers, and of correctly serviced double-decker trains. The rail company has already pressed more low-cost rolling stock into operation, to benefit from the increased number of seats available.

In the first week of the Christmas holidays last year, the SNCF transported three million passengers. This year, they have promised to honour the bookings of one million fewer.

The company admits that it can currently make no realistic prediction of the likely situation in the second week of the year-end festivities.