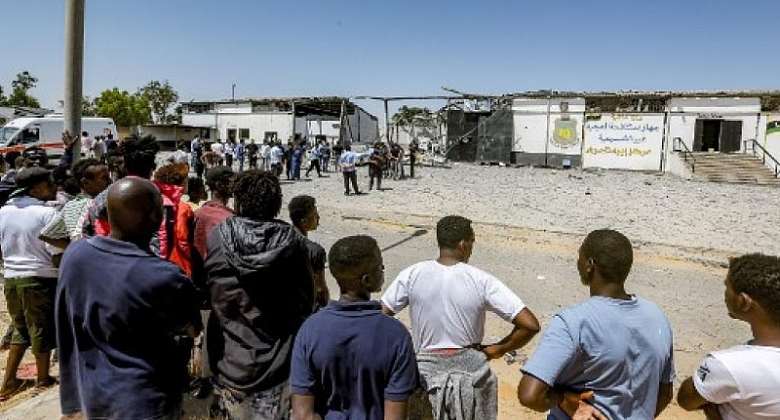 French officials confirmed they had cancelled the delivery after eight NGOs filed a lawsuit against the move, criticising Libya's treatment of migrants.

Lola Schulmann of Amnesty France -- one of the NGOs involved in the case -- saod she hoped the decision would mark "a turning point in relations between France and Libya in terms of migration policy".

But rights groups assailed the plan, accusing Libyan officials of routinely picking up migrants in the Mediterranean and bringing them back to overcrowded detention centres, where many have been victims of abuse and forced labour.

"This transfer was initially planned to help Libya, but the ministry has decided not to deliver the vessels to this state," the army ministry wrote on November 26 to the administrative appeals court in Paris.

"The situation in Libya does not permit the offer of these boats," a ministry source who requested anonymity confirmed to AFP.

The rights groups, which also included Doctors Without Borders, praised the cancellation of an offer they said would have made France "complicit in the crimes committed against migrants and refugees in Libya".

Libya, wracked by conflict since the 2011 uprising against Moamer Kadhafi, has become a major transit route for migrants from sub-Saharan Africa and elsewhere hoping to reach Europe.

Some 40,000 refugees and asylum seekers also live outside detention centres in urban areas in Libya, according to the United Nations refugee agency (UNHCR).

In 2017, the unity government, which is battling forces loyal to military strongman Khalifa Haftar, signed a controversial deal with Italy to intercept migrant vessels before they reach international waters.