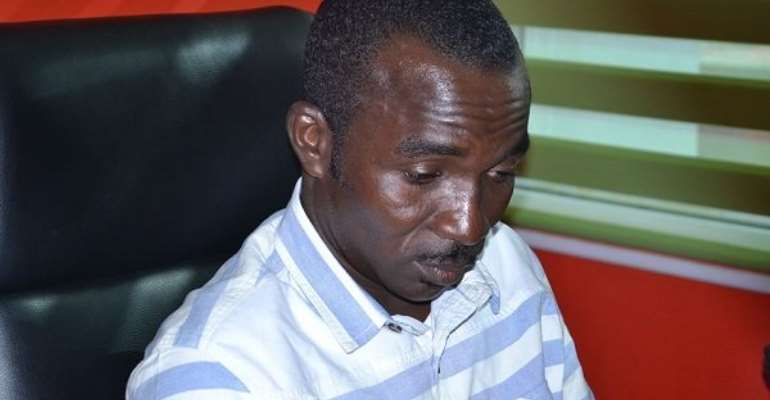 The call comes after Nyiaeso MP, Kennedy Kankam, and his family were held at gunpoint in his house for three hours last Sunday.

Police say three gunmen made away with some items from the legislator’s house including a 4-wheel drive vehicle.

The unidentified assailants reportedly scaled a wall into the main yard of the MP's residence and used a metal cutter to gain access to the bedroom of the legislator.

In 2016, Abuakwa North MP, Joseph Boakye Danquah Adu , was stabbed to death at his Shiashie residence in Accra in a similar fashion.

Joy News’ Kwesi Parker Wilson was in Parliament and reports that the MPs don’t want to risk another loss.

“If we must be candid with ourselves, so many districts have been created and appropriately so, MMDCEs are provided with security, why can’t we do the same for Members of Parliament.

“I think going forward, the country should make a determined effort…being very decisive about this, because we cannot continue to imperil the lives of MPs,” he lamented.

The Majority Leader also chronicled several instances where MPs travelling without security have been attacked.

Citing Article 71, the Tamale South MP said the provision of protection is part of the facilities and privileges MPs must enjoy and it that should be made available.

The Article 71 Committee has been inaugurated by the President to make recommendations on the salaries and allowances payable and the facilities and privileges available to Article 71 officeholders.

“As they get to work, Mr Iddrisu wants MPs to be “ready to forfeit that 10 per cent for security added to your salary which doesn’t protect you anyway or provide for your security.

“Alternatively we demand that each Member of Parliament is provided with a close security person,” he added.

On Kennedy Kankam’s attack, the Minority Leader wants the Interior Minister to instruct the Inspector General of Police to immediately commence investigations into the attack and submit a report to Parliament within a fortnight.

He said members want to know who contracted the assailants to attack the MP since a leader of the gang claimed they had been sent to kill Mr Kankam.

“Who has sent that Mr Kankam be eliminated,” he queried adding, “it is the same thing we have slept over since J.B. Danquah’s murder. The criminal trial itself in its torturous and cumbersome nature is not serving the ends of justice and that can repeat itself.”

He wants a solution to the problem soon before it gets out of hand.

The Speaker, Joe Osei Owusu following the requests, directed leadership of the House to meet with the Interior Ministry and security agencies to fashion out a comprehensive plan on how to safeguard the lives of MPs.

He wants the report in two weeks.

He also entreated the MPs to take their personal security seriously as the presence of a police officer, while good, is no guarantee for safety.