France: Men who push women to suicide through abuse could be jailed for 20 years 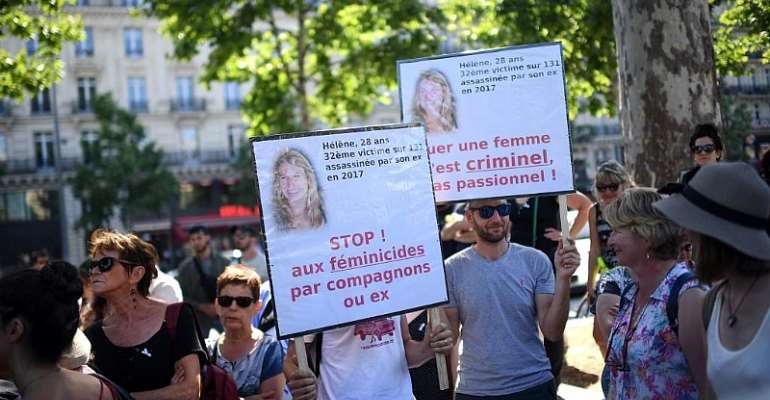 France has vowed to crack down on domestic violence after a series of killings of women by their male partners this year, and to create 1,000 new places in emergency shelters.

To do that, 11 working groups commissioned by the French government have put forward over 60 propositions to deal with domestic violence as part of a national concertation period known as the 'Grenelle'.

Among the proposals that are being discussed is one that would see perpetrators of conjugal violence face 20 years in prison for causing the death of someone through intentional violence, without intent to kill.

The interior ministry said 121 women were killed at the hands of current or former partners last year, a number which advocacy groups say has already been surpassed this year.

Interviewed by Catholic daily La Croix, Marlène Schiappa, minister for gender equality said she was impressed with the range of proposals put forward on Tuesday and said the government would "move to bring these measures into legislation in the coming weeks."

Audit of police stations
At the beginning of the national forum on 3 September, Prime Minister, Edouard Philippe, announced that 400 police stations would be audited in order to "examine how women are treated, to correct what was going wrong."

One of the special working groups has been set up to focus on how the police handle women who are victims of violence.

It suggested "a check list to evaluate danger" when police are called to the victim's house, or if a victim comes to file a complaint at the police station.

Marlène Schiappa says this checklist is being put together with the help of community support groups.

The working group also calls for a "clear protocol" when it comes to handling complaints.

"No victim should leave the police station without knowing their rights, or knowing where to get help."

More proposals
The group looking at the effects of psychological violence in domestic situations suggests making punishments more severe in a case where repeated abuse lead to the "forced suicide" of the victim.

The current punishment for domestic harrassment is five years in prison and a fine of 75,000 euros. Among the recommnedations are:

France's National Assembly also voted overwhelmingly on 15 October to begin using ankle bracelets equipped with GPS trackers to ensure that violent husbands or boyfriends stay away from current or former partners who have reported domestic abuse.

Lawmakers used a fast-track procedure to move the text to the Senate, hoping the system will be in place early next year.

The final report and recommendations will be presented on 25 November, in time for the International Day for the Elimination of Violence against Women.