At €91m, auction of Lalanne sculptures is Paris Sotheby's biggest ever sale 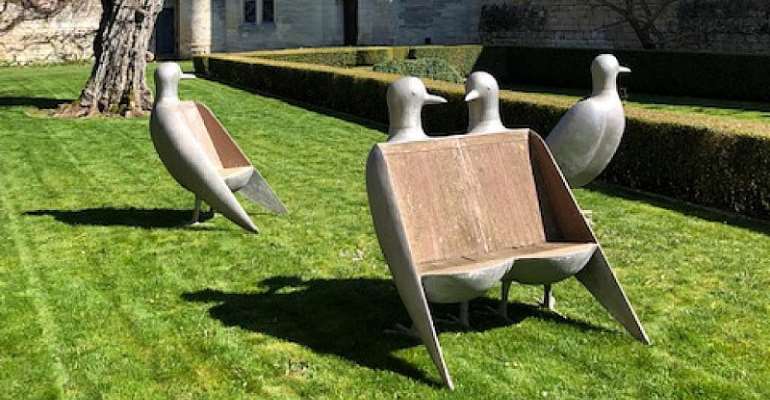 A huge sale of sculptures by the French duo Claude and Francois-Xavier Lalanne in Paris blew past expectations for their idiosyncratic works, Sotheby's said Friday, underscoring the surging appreciation of their prominence in the canon of modern art.

The auction house said 91.3 million euros was raised during the two-day sale this week of 274 items from the collection, following the death of Claude Lalanne in April at the age of 93.

More than 4,000 bidders from 43 countries took part in the sale.

"The results demonstrate the immense contribution of Claude and Francois-Xavier Lalanne to the history of 20th century art," Mario Tavella, head of Sotheby's France, said in a statement.

He said it was the biggest sale ever for Sotheby's in Paris.

It was far beyond the 15 to 23 million euros expected for the surreal yet often functional works, whose fans included fashion giant Yves Saint Laurent and the iconoclastic French singer Serge Gainsbourg.

Twenty-four works went for more than one million euros, including the star of the show, a hulking copper "Rhinodesk" by Francois-Xavier that fetched 5.4 million euros.

A bronze work from Claude titled "Choupatte" (Cabbage with Feet) sold for 2.2 million euros, 10 times its estimate and a new record for the artist.

The sale also included works from modernist masters belonging to the Lalannes and kept at their home and studio in Fontainebleau, south of Paris, where they worked since they married in 1967.

Francois-Xavier Lalanne died in 2008, and Claude had been working on a staircase for the American architect and designer Peter Marino when she died in April.