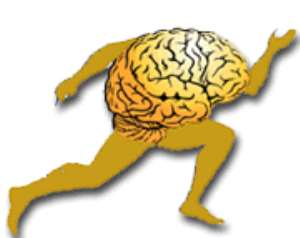 Accra, March 9, GNA - A study in six African countries including Ghana has shown that about 62 per cent of health workers intend to migrate abroad.

Dr. Kofi Ahmed, Chief Medical Officer of the Ministry of Health, made these revelation at a conference on "Ghana Health Worker Migration and the need to strengthen the local health system," in Accra on Wednesday.

He said in spite of upward annual enrolment and output from training institution there was a shortage of health specialists, adding that at the end of 2002, the ratio of medical officers to the population was 0.09:1000, nurses, 0.4:1000 while that for pharmacists was 0.07:1000. "In spite of the efforts to produce the human resource during the past years there is still inadequate number of all categories of health professionals, mal-distribution of the available staff, inappropriate mix of health workers and poor performance associated with poor motivation," he said.

He said if these were not effectively addressed the achievement of the Millennium Development Goals to reduce infant and maternal mortality, curb HIV/AIDS, malaria and other major diseases could not be realised.

Dr. Eric Friedman of the Physicians for Human Rights, a Non-governmental Organisation (NGO), pointed out that Ghana's 30 percent of health professionals practising abroad was the highest in the Sub-Sahara Africa.

He stated, however, that Ghana was also one of the most active in the sub-region in addressing its health worker migration and shortage problem.

Dr Friedman observed that more could be done to improve the situation with a strong human resource management, good working conditions and motivation to make health workers to feel valued. He suggested exploring all options for expanded training for non-physician and non-nurse health workers, who were less mobile internationally.

Baffour Ohene Abankwa of Migration for Development in Africa (MIDA) said the organisation had two projects aimed at engaging Ghanaians in the Diaspora to contribute in the health sector and to mitigate the brain drain.

He said eight Ghanaians had returned home temporary returned from abroad to work in the country under the MIDA programme while 10 nurses are expected by the end of June this year.