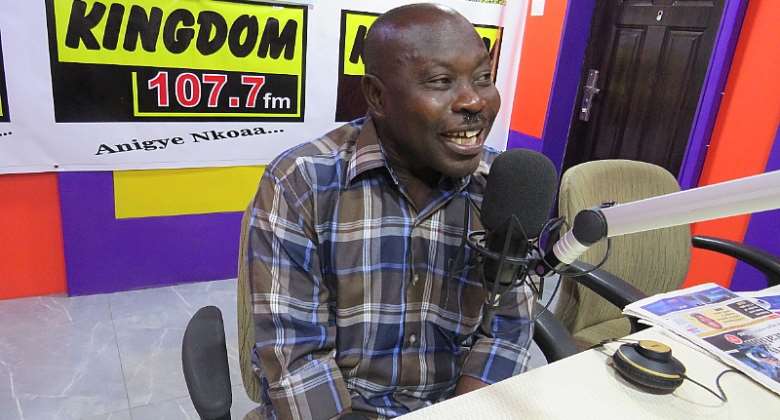 According to him, the leadership of the NDC is only playing mischief and has decided to throw the dust into the eyes of Ghanaians to deny the actual truth of the PDS saga.

Moses Anim, the Second Deputy Majority Chief Whip says the government deserves a pat on the back for taking such bold decisions to terminate the contract and says the PDS was never family and friends thus is never a disgrace to the country.

“The NDC should praise the Akufo-Addo led government for taking bold and giant steps that it has taken. This whole compact was initiated not under our government but it started under the erstwhile John Dramani Mahama administration,” Hon. Moses Anim told Kwame Tutu on Anopa Nkomo on Accra-based Kingdom FM 107.7.

“Immediately we noticed things were not going right, we took the necessary steps to rectify and protect the assets of this nation.”

However, he said his government has been managing things differently, protecting the public purse and ensuring that the state gets value for money in all of its activities

He described it as a smack of unfairness to the good people of Ghana and the previous National Democratic Congress(NDC) government.

Background
The government has finally terminated its concession agreement with the Power Distribution Services (PDS) bringing back the Electricity Company of Ghana (ECG) in full control.

The decision was taken after the government detected “fundamental and material breaches of PDS’s obligation in the provision of Payment Securities (Demand Guarantees) for the transaction which has been discovered upon further due diligence.”