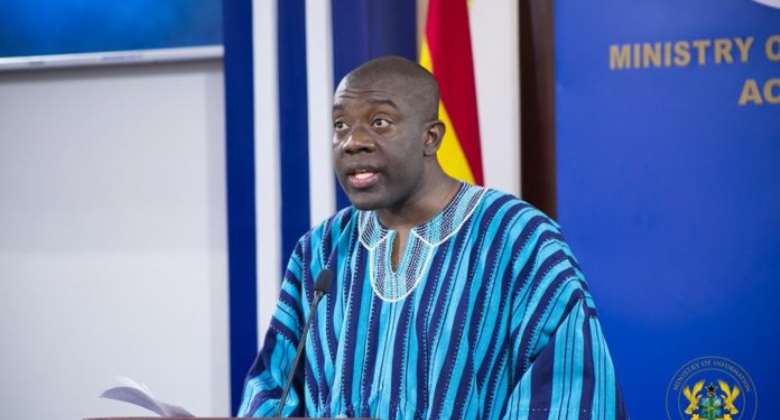 The Minister for Information, Kojo Oppong Nkrumah has jabbed the main opposition party National Democratic Congress (NDC) for the unnecessary political talks with the termination of the controversial PDS agreement.

He stated the NDC’s only aim is to pitch the government against the USA government to score cheap political points.

The NDC is the past weeks have held series of press conferences to criticize the government on handling it the PDS matter as they even called on the US government to investigate the Ghana government on issues relating to the PDS saga.

But speaking at the Minister Press briefing in Accra, Mr Oppong noted with disappointment in the public utterances and politics being played with the issues at hand but says the government is not bothered.

” Is sad how NDC are doing propaganda with this PDS deal, they always want to paint us black in-font of Ghanaians.”

He, therefore, assured Ghanaians of governments commitment towards ensuring smooth power supply to Ghanaians after the cancellation of the contract.

The Deputy Minister for Energy, William Owireku Aidoo also assured workers of PDS that, the termination of the contract will in no way affect jobs as being speculated as ECG seeks to engage the workers.

Background
The Minority in Parliament has kicked against the government’s proposal for the use of restricted tendering to replace the Power Distribution Services(PDS) in the ECG concession agreement.

The Minister of Finance, Ken Ofori Atta in a letter to the US government which is funding the concession recommended the selection of a new private-sector be done through restricted tendering to meet the Compact Two deadline.

But the former Deputy Minister John Jinapor under the Mahama administration is warning government against another ECG concession agreement without due diligence.