Iran must come clean on detention of French academics - government 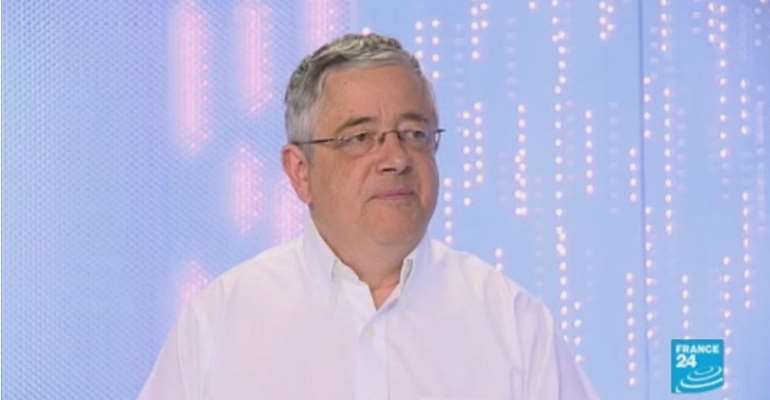 A second French academic has been detained in Iran, members of his research group confirmed on Wednesday in a case that threatens to further complicate France's efforts to defuse tensions between Washington and Tehran.

French sociologist Roland Marchal, whose research focuses on civil wars in Africa, has been in detention in Iran since June, when he was arrested with his Franco-Iranian colleague, a researchers' group announced Wednesday.

His colleague Fariba Adelkhah, an anthropologist, is a specialist on Shia Islam who has written extensively on Iran and Afghanistan.

The pair work at the Sciences Po university in Paris.

Marchal was arrested after arriving in Iran from Dubai to celebrate the Muslim feast of Eid with Adelkhah.

No reason given for detention
The FASOPO association, of which they are both members, had alerted France of the pair's disappearance on June 25.

Adelkhah's arrest was confirmed by Tehran on July 16. The reason for her detention has not yet been made public.

FASOPO said that "discretion had seemed preferable to the French authorities, who immediately began working, at the highest level, to obtain the liberation of our colleagues..."

The French government, it said, had wished to prevent the issue becoming a reason for "nationalist flare-up" in Tehran.

Unacceptable interference
A call for the pair's release was reiterated on Wednesday at a press conference.

"We are asking the Iranian authorities to be complete transparency in the affair and to act without delay to put an end to this unacceptable situation," declared Agnès Von Der Mühll, spokesperson for France's ministry of Foreign Affairs.

On October 4, Iran, which not recognise dual nationality, said France's call for the release of Adelkhah was an interference in its internal affairs.

Adelkhah was arrested at a time when France and other European powers were caught up in an international standoff over Tehran's 2015 nuclear deal, which the United States abandoned last year.

"Due in particular to the arbitrary arrest and detention practices of the Iranian security and intelligence services, visiting Iran today poses risks," the advisory said. "These services are, in general, very intrusive, especially with regard to the contacts of foreign nationals with the population, notably for those in universities, who are the subject of extra surveillance."

In another incident that is likely to stoke tensions between Paris and Tehran, Iran said on Monday it had captured and repatriated Ruhollah Zam, a Paris-based journalist suspected of using social media to fuel anti-government street unrest across Iran early last year.

The French foreign ministry on Wednesday strongly condemned Zam's arrest, saying he had left the country just days before his detention by the Revolutionary Guards.

It said Zam, the founder of a Telegram channel called Amadnews, had refugee status in France and received a residence permit as part of the asylum procedure.

It said he had been free to leave and re-enter France and had left the country on October 11.

"We don't have precise information concerning the arrest of Zam outside of French territory. We are following the issue closely," it said.