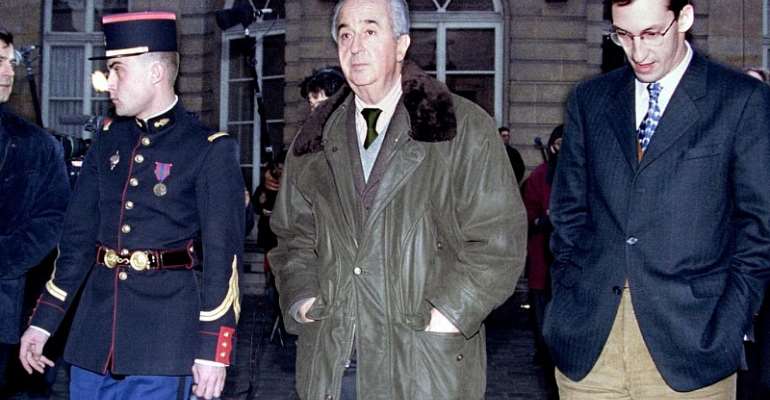 Six people went on trial in a Paris court on Monday over an alleged scheme to illegally funnel commissions on sales of French warships into political campaign funds of former Prime Minister Edouard Balladur in 1995.

The defendants are accused of involvement in a scheme whereby illegal kickbacks on sales of French warships to Pakistan and Saudi Arabia in 1994 helped finance Balladur's bid to become the French right wing's presidential candidate the following year.

Balladur lost his campaign to Jacques Chirac, who went on to serve two terms as French President from 1995 to 2007.

After years of investigation, magistrates believe commissions worth the equivalent to 327 million euros were paid on the sales, a practice that was legal until 2000. Chirac, who passed away last month, ordered the commissions to stop when he entered office.

Investigators believe 13 million euros' worth of illegal kickbacks went to a network that transferred the money to Balladur's campaign fund via offshore companies.

The case became known as the “Karachi affair” in France when investigators began probing for links between the scheme and a car bomb attack that killed 15 employees of French naval constructor DCNI, including 11 French citizens, who were working on the submarines in the port of the Pakistani city in 2002.

The bombing was initially blamed on Al Qaeda, but investigators started to suspect the attack was a reprisal for Chirac's move to stop the commissions, though no links have been proven.

Focus on role of network
The trial opening Monday will not determine whether the kickbacks are linked with the bombing, but concerns the financial aspect of the case.

Standing trial are Nicolas Bazire, Balladur's former campaign director and today executive of luxury group LVMH, and Thierry Gaubert, who was involved in Balladur's campaign and served as aide to then budget minister Nicolas Sarkozy, France's president from 2007 to 2012.

According to magistrates, five contracts the French government signed with Saudi Arabia and Pakistan in 1994 set up the network for the purpose of financing the Balladur campaign.

Castellan has affirmed the network was decisive in signing the contracts, especially with Pakistan, where the French shipbuilder faced stiff competition from the UK.

Takieddine previously told investigators he agreed to finance the Balladur campaign for an amount equivalent to a bit less than a million euros after being solicited by Bazire via Gaubert. Both men deny the accusation.

The trial is scheduled to last until 31 October.
Balladur, today 90 years old, and his former defence minister François Léotard, 77, are not standing in this trial. Both have been sent to the Court of Justice of the Republic, a special court charged with judging members of government for acts committed during their public service.