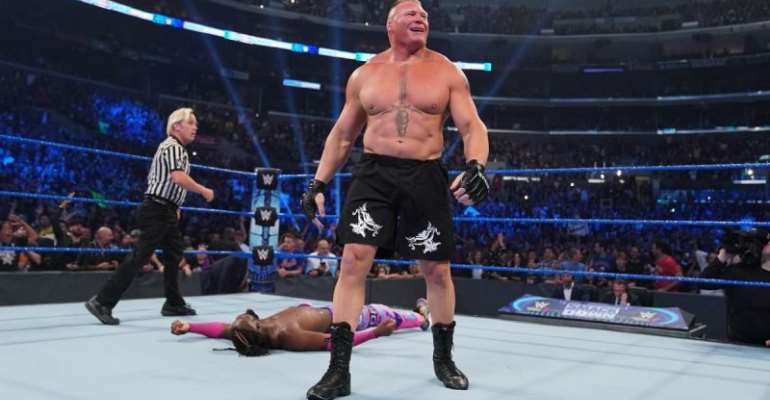 I know that Kofi Kingston is a great wrestler but to fight a beast called Brock Lesnar threw me in a state of doubtfulness for a while, not knowing if Kofi can retain his title.

Kingston, who had held the WWE Championship since WrestleMania 35 and successfully defended it against strong and dangerous wrestlers, including Kevin Owens, Samoa Joe, and Randy Orton totally disappointed his fans.

The highly anticipated debut of WWE SmackDown match on Fox concluded in less than 10 seconds after the bell rang and Brock Lesnar executed his deadly signature of F5.

Some of his disappointed fans are furious over the quick end of the match.