Allow Me, I Can Do Better Than AG — Amidu Fights His Eligibility As SP 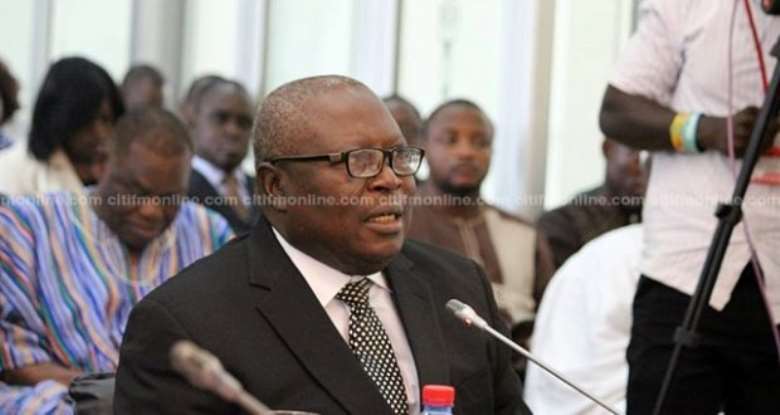 The decision of the Supreme Court was based on an application by the Attorney General who argued that Mr Amidu by his position is regarded as a public officer hence it will be inappropriate to defend himself in court.

According to Mr. Amidu, he will do a better job in defending himself in the case than the Attorney General or any other lawyer.

The court in February said Mr. Amidu was not a proper party to the case as the position in question is one which falls under article 88 of the Constitution which requires the Attorney General to represent a public official.

But in an interview with David Ampofo, Matin Amidu said his fate now depends on how well the Attorney General handles the case, a situation he bemoans but said he will continue to do his job as he awaits the outcome of the case.

“I really don't care if I am told that the decision of the court is against me because I was a party. I am a better lawyer than anybody who can defend me in that case and yet the AG raised objection to my being there. When I filed all my pleadings and we reached the Memorandum of Understanding and I thought we were going to argue, I was striken to fall on somebody's sword. That is what is happening now because it is only the AG who is in the case so I am going to fall on her sword if she doesn't handle the case well. I don't give a damn, I'll just do my job,” Martin Amidu said.

A former Deputy Attorney-General, Dr. Dominic Ayine, in February 2019 filed a suit to challenge the nomination of Martin Amidu for the position of Special Prosecutor.

Dr. Ayine's lawsuit, contended that Mr. Amidu, being 66 years of age, was too old to hold public office, under which the Special Prosecutor's position falls.