You Wanted To Make Me 'Lame-Duck' — Martin Amidu Fires AG 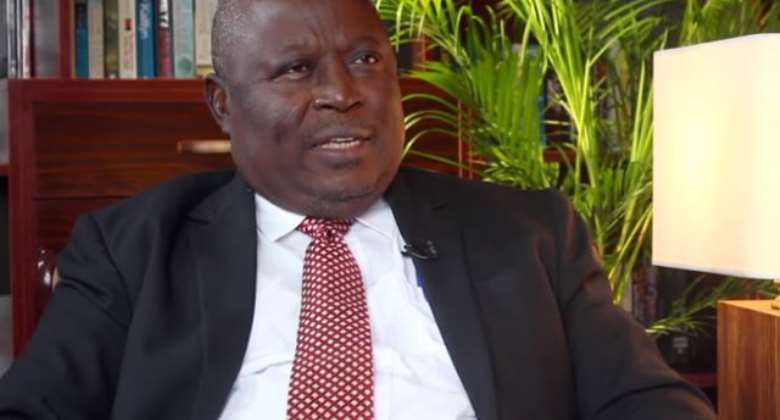 The Special Prosecutor Martin Alamisi Amidu has disclosed that the Attorney General (AG) wanted to pass a Legislative Instrument (LI) that would have made him what he describes as a “lame-duck”.

Martin Alamisi Amidu said had he not intervened and insisted, the Special Prosecutor’s Office would have existed just in name and on paper.

In an interview with David Ampofo on the 'Time With David' talk show, he said, “I had a lot of confrontations with the Attorney General about the way they wanted to set up the Office.

“They wanted to set up the Office as a lame-duck which I resisted and there are exchanges of letters which proves it but eventually I got LIs which I thought to let us work,” he added.

This brought much delight to many Ghanaians who had grown despondent with the many corruption cases that had plagued the country.

But that joy that has been dampened by Mr Amidu’s inability to, as at yet, prosecute any person or persons involved in corrupt acts although there have been many cases.

The former Attorney General in the J. E. A. Mills administration says that is not his fault.

The astute lawyer popularly known as ‘Citizen vigilante’ said his Office lacks the requisite resources, including personnel which will enable him to embark on a fight that brings the kind of results Ghanaians want.

“In my three-bedroom house [Special Prosecutor’s Office], we have only one private secretary for my deputy, the secretary to the Office, accountant and for three NCO investigators. How do you expect one secretary to do that [carry out their duties as expected]?

“The reason why we have not engaged is that by sheer physical space. So who thought of putting that Office in such a small space,” he queried.

He said although President Akufo-Addo seems bent on fighting corruption, the people around have been unhelpful to the course.

“The President is a busy man, he works through so you don’t expect him to get up every day and say ‘what is happening’. If those officers are not helping the OSP, definitely the Special Prosecutor cannot do his job,” he said.