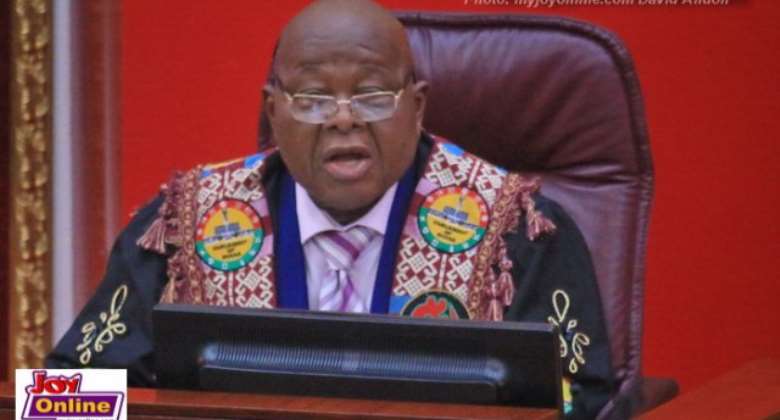 Parliament has denied allegations by the Special Prosecutor, Martin Amidu, that it is obstructing his work in prosecuting former Sports Minister, Mahama Ayariga.

The legislature says it is not in any way sabotaging or obstructing the former Attorney General or any law enforcement agency in carrying out their mandate.

In a statement Wednesday, Parliament explained that its meeting with the Special Prosecutor was a follow up to a letter of him requesting the Speaker, Prof. Aaron Mike Oquaye to release the Bawku Central MP for prosecution.

“According to the letter, the meeting was to "dialogue with your high office as to how your Office and the Court could be availed of Ayariga for arraignment before court with due regard to his privileges, the presumption of innocence and in a manner which will enable him to continue to efficiently perform his Parliamentary duties," the statement said.

The legislative arm of government stated categorically that it co-operated with the Special Prosecutor during the investigation stage of the case in question.

“Indeed, Parliament has in the past, collaborated with other law enforcement agencies in similar matters as the Commissioner of Police and Director of the Criminal Investigation Department will testify. As the lawmaking arm of government, Parliament will under no circumstance attempt to break the Laws of Ghana.

“The Special Prosecutor should not draw Parliament into his own issues at all,” Parliament said.

More Politics
ModernGhana Links
Government's town hall meeting on E-levy a charade; sign of desperation – Bernard Mornah
Restoration of road tolls: When we get to the bridge we’ll cross – Roads Minister
'Dangerous' Ofori-Atta wants to use e-levy as collateral to keep borrowing – Isaac Adongo
I forewarned Ofori-Atta as finance minister would be ‘dangerous’ – Isaac Adongo
E-Levy won’t bring about any negative changes in consumer behaviour – Communications Minister
E-levy will turn many lives around; government will be transparent with it  – Afenyo-Markin
‘Talk Tax’ was successful despite opposition, E-levy won’t fail either – Ursula Owusu
We cannot continue to depend on loans for development; let’s embrace E-Levy – Ursula Owusu
Bawumia discusses covid-19, vaccines and Africa’s security with U.S Security of State
TOP STORIES