Speaker Of Parliament Tried Persuading Me Not To Prosecute MPs – Amidu 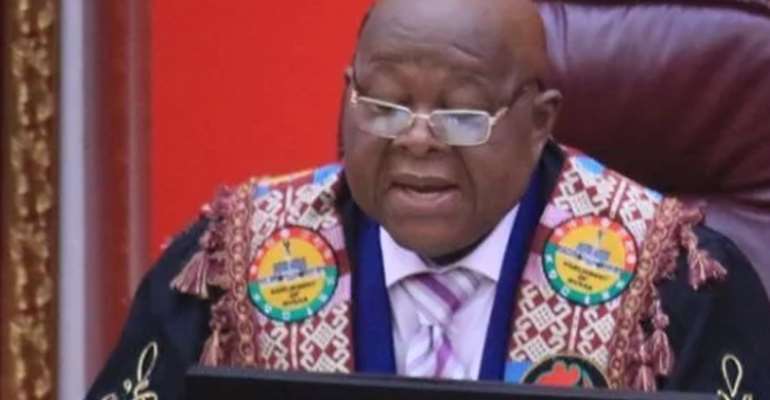 The Special Prosecutor Martin Alamisi Burnes Kaiser Amidu, has accused the Speaker of Parliament, Prof. Aaron Mike Ocquaye, of interfering in his work of prosecuting corrupt parliamentarians who have abused their office.

He explained that when he sent a member of parliament to court, the Speaker invited him (Martin Amidu) to his office, and tried to persuade him as to how he should behave but “I told him ‘No I won't.'”

“He wrote to the judge with a certificate directing the judge how he should behave, the judge turned it down…there is nothing like bipartisan interference in the work of the office of Special Prosecutor when the legislature which made the law and gave the independence tries to interfere as to how it is executed,” Mr Amidu said to host of 'Time With David', David Ampofo.

The Special Prosecutor debunked the assertion that he is a lonely man and it is only the general public that he owes his duty to and not the politicians.

He noted, “If you bipartisanly obstruct the fight against corruption, you should remember Tunisia, Sudan and your people who are suffering and who will want alternatives to have freedom.”

Mr Amidu believes that the political elite are being protected when it comes to the fight against corruption whilst the ordinary citizen who only stole a finger of plantain will be jailed for 5 years.

“When ministers or former ministers take double salaries, one year now nothing has happened…that is abuse of office for private profit, what is happening…I have made a statement about it, nobody is looking at that…everybody is looking at me…was I set up as a citizen vigilante to become a Special Prosecutor so that at the end of the day, failure would be put on me?” he quizzed.

Mr Amidu indicated that he doesn't want anybody to put the failure on him because he didn't get the tools to work when he was appointed based on his hard-earned reputation.

“Don't put it on me because I am ready to work, and I have demonstrated notwithstanding where you come from, I will deal with you…,” he warned.