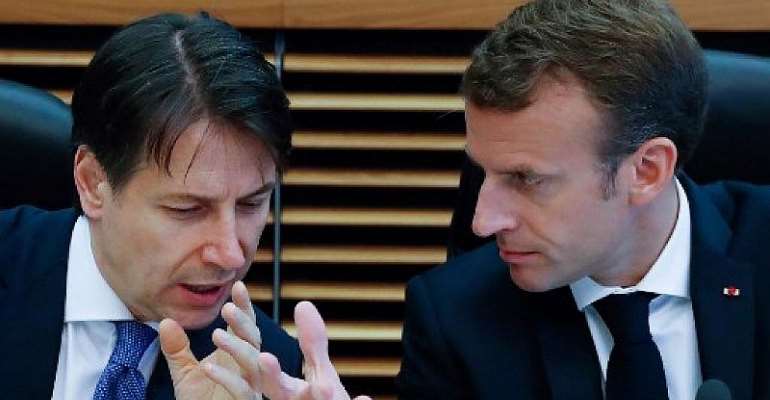 French President Emmanuel Macron has scheduled meetings with both the Italian President Sergio Mattarella and Prime Minister Giuseppe Conte when he travels to Rome on Wednesday evening.

The French president is the first foreign leader to hold high-level meetings in Italy since the country's 66th government post-World War Two was sworn in on 5 September.

Italian newspapers are billing it as an important visit aimed at sealing the relationship between France and the newly-created Italian coalition government, made up of the Left Democrats and the Five Star Movement. The Italian leadership appears determined to bring Rome closer to Europe and improve relations with Paris.

Macron's France had been at odds with the former Italian government . . . a coalition of the far right League and the Five Star Movement . . . over the migration issue and this is likely to feature prominently in talks with Conte during a working dinner.

A search for common ground, especially on migration

The two leaders will attempt to find common ground in the wake of League leader Matteo Salvini's restrictive migration policies. Two recent security decrees in Italy, promoted by Salvini, closed Italian ports to NGO vessels carrying migrants and prosecuted members of charity vessels operating in the Mediterranean, accusing them of human trafficking. Macron's criticism of Italian migration policies enraged then Interior Minister Matteo Salvini who accused the French president of wanting to pursue his own strategies in Europe.

Macron said this week that tougher controls are needed for migrants and a more rigorous interpretation of the right to asylum. He said: “The entry flows into Europe have never been so low and the asylum requests have never been so high,” and argued that France needs a system that is both “more efficient and more humane”.

Observers will be watching how Italy reacts. The French position continued to be that Italy and Malta, considered geographically the closest safe ports, are called on to deal with the urgency of migrant arrivals, but then France along with other European nations must be willing to take in groups of migrants according to a quick redistribution mechanism. Following the redistribution, France says that those who have the right to stay in Europe will be accepted but those who are not granted asylum must be quickly returned to their countries of origin.

A chance to get the neighbours singing from the same sheet

Talks will also likely include Libya, which is linked to migration, and bilateral economic collaboration.

Relations between Italy and France have seriously suffered under the previous Italian government, also due to the visits by the leader of the Five Star Movement to French Gillet Jaunes protestors. In addition, League leader Salvini had accused Macron of being “arrogant and a hypocrite”. Tension had risen to such a level that France temporarily recalled its ambassador to Rome, Christian Masset. The recent departure of Matteo Salvini and the entry of the Left Democrats into the new government has France hopeful that many points of friction can be diplomatically smoothed.