Nana Akufo-Addo May Do Well to Keep His Base Content 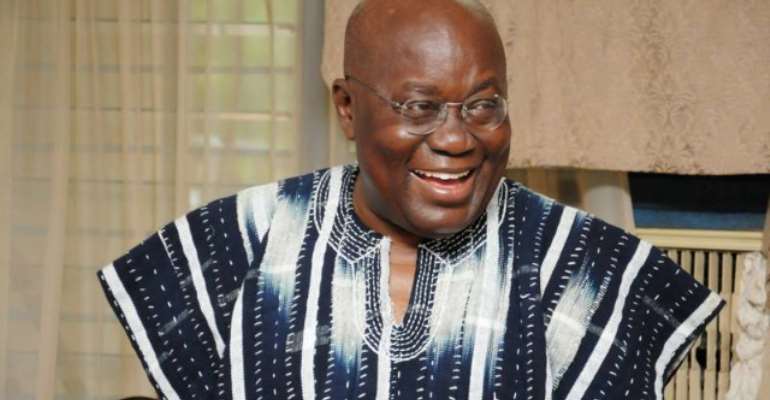 He has been often accused of “talking too much” and then invariably speaking out of turn and rhythm. But in the rankly corrupt political culture of Fourth-Republican Ghana, the fearlessly constructive and no-holds-barred double-edged rhetorical jousting by Mr. Kennedy Ohene Agyapong, the Assin-Central New Patriotic Party’s Member of Parliament, ought to be deemed as a godsend in a national political culture that generally thrives on secrets and jealously guarded coverups. Recently, Mr. Agyapong has been boldly highlighting the eerie fact that some cabinet and executive appointees of President Addo Dankwa Akufo-Addo’s may be fast and cynically and self-servingly and, perhaps, strategically and deliberately pushing Ghana’s former Attorney-General and Justice Minister onto the gray margins of opposition political culture (See the YouTube videoclip captioned “Kennedy Agyapong Exposes ROT in PDS Contract… Warns Gov’t to Punish PDS Shareholders”).

I have since learned, from a reliable source and a party insider, that an unabashedly self-confessed and self-serving capitalist cutthroat Mr. Agyapong jumped the gun in the ECG-PDS scandal. At any rate, Mr. Agyapong also alerts President Akufo-Addo to the grim fact that he may very well be inadvertently presiding over a brigade of internal “enemy soldiers,” largely made up of National Democratic Congress-sponsored moles who may eventually suavely ensure the effective political railroading of unarguably the most progressive and visionary leader of Ghana’s Fourth Republic. In the main, the owner of the Oman Communications Network, as well as several other business enterprises, predicates one of his incontestable pieces of evidence on the fact that it has become relatively much easier for operatives of the country’s main opposition National Democratic Congress to receive contractual awards from ruling party operatives, than it is for diehard ruling party operatives and longtime party bankrollers like Mr. Agyapong, himself, to secure the same.

The Assin-Fosu, Central Region, native cites a striking case in which an unnamed but well-known apparatchik of the National Democratic Congress (NDC) succeeded in securing a quite lucrative contract worth in excess of GHȻ 20 Million for one of his several known wives. The couple had been on the lookout for the procurement of precisely such a contract previously but to no avail. The main thrust of Mr. Agyapong’s argument appears not to be aimed at either hermetically or totally shutting out the members, supporters and sympathizers of Ghana’s main opposition National Democratic Congress from gaining access to lucrative government contracts, if such legitimately Ghanaian-resident or bona fide Ghanaian citizens qualify for the awarding of such contractual opportunities but, rather, to sternly warn the President about the inescapable fact that inadvisably treading a policy of “concessional neutrality” that actually ends up creating widespread disaffection among his own core group of diehard New Patriotic Party (NPP) members, supporters and sympathizers, may not augur well for the long-term fortunes and political interests of both the ruling New Patriotic Party and the healthy development of Ghana as a whole.

As a striking case in point, Mr. Agyapong also cited a critical situation in his own constituency of Assin-Central, where access to small loans for staunch party members, supporters and sympathizers from MASLOC, that is, the Microfinance and Small Loans Center, was almost exclusively channeled to the residents of only one major township in the constituency, to the inadvisable exclusion of residents of all the other tens of towns and villages in the same constituency. Now, this is scarcely the sort of savvy economic policy that ought to be pursued by the leaders of a party in power that is desirous of retaining power and doing so massively come Election 2020 or December 7, or thereabouts, next year.

I strongly support Mr. Agyapong’s clarion call on the President and, especially the Minister for Monitoring and Evaluation of the Execution of Government Policy Initiatives, Dr. Anthony Akoto Osei, to work briskly and around the clock, as it were, to ensure that all executive political appointees were performing up to snuff or having those found to have woefully underperformed promptly removed, to make way for better qualified personnel to assist in expeditiously moving the President’s national development agenda forward.