EU to keep working with Iran foreign minister despite US sanctions 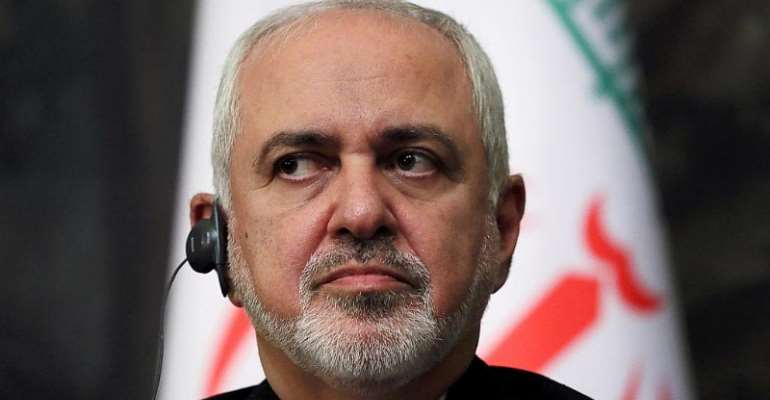 The European Union says it will continue working with Iran's foreign minister, Mohammad Javad Zarif, despite the US decision to impose sanctions on him. A former French ambassador to Iran expresses astonishment at the sanctions decision.

The United States announced on Wednesday it was freezing any assets Zarif held in the US or that are controlled by US entities, and that it would curtail his international travel.

Zarif has been at the heart of complex talks with foreign capitals over Iran's nuclear power industry, which Tehran says is peaceful, but Washington and regional allies including Israel insist is cover for a secret weapons programme.

A former French former ambassador to Iran (2001-2005) François Nicoullaud, told RFI Zarif was “a man of goodwill” and that he could “not find words to express [his] surprise” at US Treasury Secretary Steve Mnuchin's depiction of Zarif.

Defending the sanctions, Mnuchin said that while the Iranian regime denied its citizens access to social media, Zarif “spreads the regime's propaganda and disinformation around the world through these mediums”.

The decision to impose sanctions was the latest blow from the US to the 2015 international deal to curb Iran's nuclear programme, which the EU has been trying to salvage.

Zarif himself said the move had “no effect on me or my family, as I have no property or interest outside of Iran".

The EU says it regrets the US decision, and will continue to work with Zarif "in view of the importance of maintaining diplomatic channels".

Nicoullaud says Washington's move had improved Zarif's standing with critics in Tehran, who had previously found him too ready to talk to foreign powers.

Akufo-Addo To Commission Ambulances On Tuesday
1 minute ago