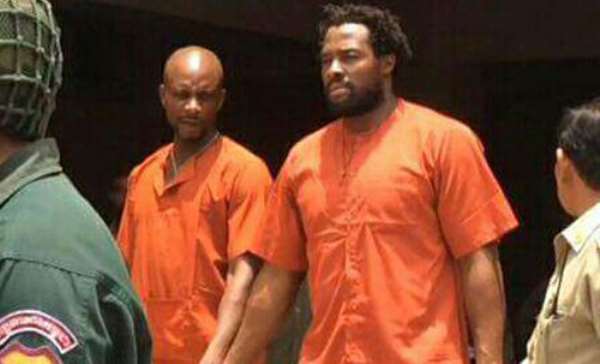 Life is very hard and it can be worse if you are born on the continent of Africa, where life can treat an unemployed very cruel like an angry sea tossing a ship or a man caught in the middle of a desert storm.

When in a bad situation, one needs the time to think deeply to find the right solution because hard life experience can drive you into the land of the abyss, because of the desire to sell drugs for a living.

Like the Ghanaian government trying to keep its population healthy from Tramadol addiction, with pieces of advice to the youth, the same way worldwide, many governments are fighting against drug abuse and trafficking to keep their countries healthy.

Since the war on drugs hasn’t been an easy task, many governments, such as Thailand, Malaysia, Singapore, and Indonesia, have the institutionalized death penalty as capital punishment for those who break the law. Despite the death sentence, many Africans still risk-taking hard drugs to these countries because it's a lucrative business.

According to the Thai police, prisoners in Thailand, in terms of nationality, Nigeria has the largest number among the foreign nationals. On February 23, 2017, there were a series of arrests of black people in drug trafficking in Samut Prakan Province, located next to Bangkok.

In another development, five foreigners and one Indonesian woman were sentenced to death in Indonesia for drug trafficking. The foreigners were from Brazil, the Netherlands, Vietnam, Malawi, and Nigeria, among which Brazil and the Netherlands governments strongly protested through diplomatic routes.

On August 8, 2018, Sirinya Sitthichai, Secretary-General of the Thai’s Narcotics Control Board, along with a representative of the Security Center Royal Thai Armed Forces Headquarters, broke a West African multinational drug network and arrested 261 suspects.

Some people want to be rich overnight, while others because of certain circumstances beyond their control, they like to engage in illegal drug trafficking but the truth is there is no haste in life. Take life easy and struggle through it, after all, the hotter the battle, the sweeter is the victory.