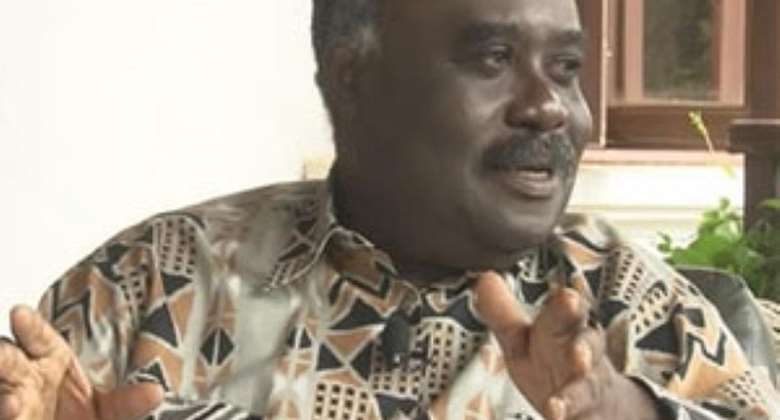 Dr Charles Wereko Brobbey, aka Tarzan, a leading member of the New Patriotic Party (NPP) has described the action of the National Communication Authority (NCA) against the two radio stations as an affront to the 1992 Constitution.

In a short statement making the rounds on social media, Tarzan said the relevant provisions in the 1992 Constitution of the 4th Republic frowned on the absolute executive control of media practice in Ghana.

Dr Brobbey, owner of the then Radio Eye, pointed that, it was upon the provisions of the constitution that "formed the crux of the 25-year legal tussle between the operators of Radio Eye, led by Nana Akufo-Addo & Sheeyshey Akoto-Ampaw."

The former Chief Executive of Volta River Authority (VRA) added that, Article 162 (4) explains that "Editors and publishers of newspapers and other institutions of the mass media shall not be subjected to control or interference by Government, nor shall they be penalised or harassed for their editorial opinions and views, or the content of their publications."

In his view, a licence, according to dictionary definition is, "a permit from an authority to own or use something, do a particular thing, or carry on a trade (especially in alcoholic drink).

This, according to Tarzan, no other law could be more applicable in such cases if that law is contrary to the 1992 constitution.

He added that, "as a nation, our position on the Radio Eye case then and now should be the same and that, "All provisions in the Electronic Communications Act 2008 (Act 77) that impose any requirement on media establishments to obtain a licence as a prerequisite for operation is therefore void under Article 2."

The former VRA Boss said the involvement of the NCA in media in relation to Radio Gold and Radio XYZ matters per the constitution is void under Article 162 (4), since the NCA is operating under the instruction of the executive arm of government.

He stressed that with the weight of the explicit provision of the Constitution, it thus surprising that, the NCA with all humility would act contrary to the Constitution by closing down the two private stations under Presidency Nana Akufo-Addo, who once represented the Radio Eye case in1995 as a lawyer.