NCA Fights Back, Shows Evidence Of Correspondence Between Radio Gold 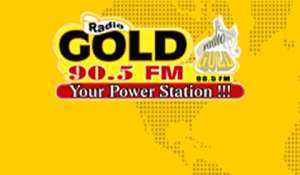 The officials from the National Communication Authority (NCA) stormed the premises of the Lartebiokorshie-based Radio Gold with armed security personnel and ordered its immediate closure.

The action, according to the Authority, was an enforcement of the decision of the Electronic Communications Tribunal which includes closing down radio stations operating without valid authorisations.

But the management of Radio Gold has contested the basis for the shutdown. They said they have been engaging NCA to correct the situation regarding their license.

The NCA in a press release Saturday outlined the chronology of happenings between it and the pro-opposition station leading to the shutdown.

Below is the chronology of what happened.

NETWORK BROADCASTING LIMITED, Radio Gold (The Company) was granted Authorisation to operate a commercial FM Station in Accra on the frequency of 90.5MHz.

The NCA wrote to the company reminding them that their Authorisation had EXPIRED and as such, they were operating without a valid Authorisation. The NCA requested the Company to submit a renewal application within thirty (30) days, attaching the guidelines for renewal of FM Authorisation as well as NCA Application form AP04.

The 30-day period granted to the company to apply for renewal of Authorisation EXPIRED but the company did not submit a renewal application.

The NCA wrote a Final Notice to the Company referencing the letter of September 29, 2008, as well as a telephone conversation with a Director of the company, Rashid Tanko Amidu and reminded the company that their Authorisation had EXPIRED. The company was requested to apply for a renewal by September 25, 2009, failing which the Frequency will be withdrawn and the company closed down.

The Thirty-day period granted to the company to apply for renewal of Authorisation EXPIRED but the company did not submit a renewal application.

The Company submitted an incomplete renewal application. The company did not submit Audited Financial statements for the past 5 years as well as SSNIT and Tax Clearance Certificates.

The NCA wrote to the company referencing the letter of August 25, 2009, informing them of their EXPIRED Authorisation and that their operations are illegal. The company was requested to submit a complete renewal application accordingly.

The NCA issued a Notice of Suspension to the company for its failure to submit a complete set of documents to renew its Authorisation prior to its expiry. The company was informed that their station will be closed down after 30 days.

The company submitted a letter applying for renewal of Authorisation. The letter was however received but all other attachments were not received by the NCA.

Bram-Larbi, Beecham & Co., Lawyers for the company wrote to The NCA requesting for a revocation of the penalties imposed on the company since they were unlawful.

The NCA wrote to company granting a 50% reprieve on the fine as approved by Minister of Communications. The Company was requested to pay fine of ¢15,795,000 within 30 days, failing which station will be closed down.

Bram-Larbi, Beecham & Co., Lawyers for the company appealed to The NCA to revoke the penalties imposed on the company and requested for a meeting with The NCA to discuss their concerns.

The NCA acknowledged the letter from the company’s lawyers informing them their submissions are being reviewed.

The NCA wrote to company granting amnesty on the sanctions imposed on them. The company was requested to pay a reduced fine of GH3,650,000.00 for an infraction period of 365 days and a daily fine of 410,000.00 based on the company’s classification as an Urban Type 1 station.

A meeting was held between the NCA and the company represented by Henry Laryea and Alfred Tetteh to discuss the renewal of the companies Authorisation. The company was informed that the documents they presented at the meeting for renewing their Authorisation were incomplete and as such The NCA could not accept them.

The Company submitted a complete renewal application and paid the application fees. The application was however not processed due to the case filed by GIBA on behalf of the company at the Electronic Communications Tribunal (ECT).

The ECT gave its ruling in the case of GIBA (suing for and on behalf of Radio Gold and 8 others). The ECT quashed the penalties imposed on the company, however, the ECT stated that a former holder of a Frequency Authorisation reverts to the same position as a fresh applicant when the Authorisation expires and as such Radio Gold does not have a valid Authorisation to operate an FM Radio station.

The NCA issued a letter to the company directing them to cease operations since they did not have a valid Authorisation.

The company was closed down for operating without a valid Authorisation.

We are all safer under democracies—Akufo-Addo to ECOWAS memb...
6 minutes ago