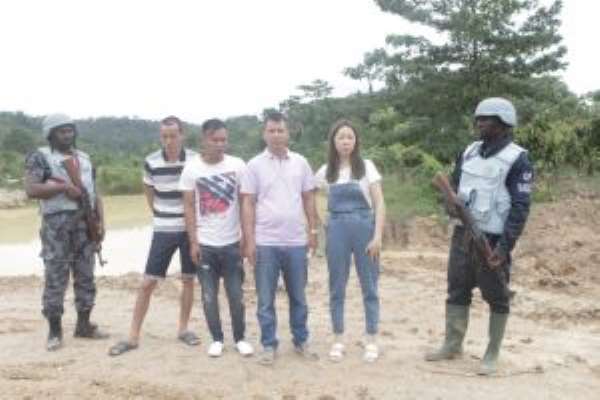 The anti-illegal mining task force Operation Vanguard revealed in a statement that several patrols were conducted within various targeted areas from their Forward Operating Bases in other to deter these illegal miners.

Within the past three weeks, the task force has also immobilised or destroyed 256 Changfan machines.

Three locally manufactured firearms and a motorcycle have also been confiscated within that three-week period.

The influence of Chinese nationals also remains an everpresent concern as they continue to feature prominently in arrests made despite the intense campaign over the last two years to end illegal mining.

He said Aisha Huang did not face the full prosecution because of the benefits of the Sinohydro deal.