How NABCO Is Becoming A Center For Free Money 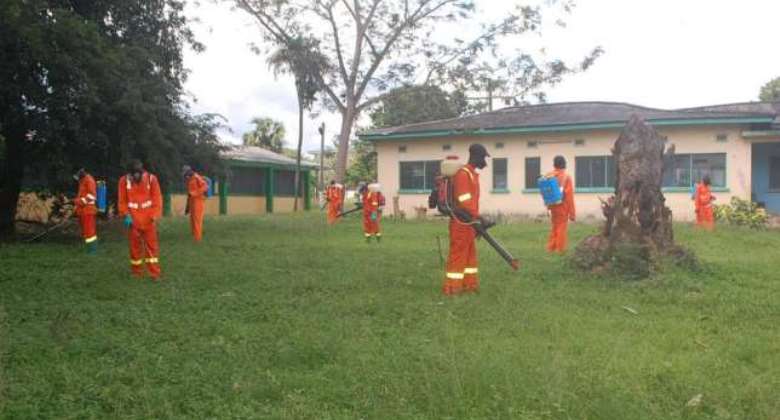 “Dear Simpa Panyin, I trust this message finds you well. I am a regular reader of your page, and l will like to commend you for your hard stand against national looters and corruption. This spirited posture has informed my decision to write to you, and I trust you give my message some attention.

Last year my wife, Mrs. Juliet Dei, who completed her National Service in 2016 decided to follow due process to enroll through NABCO, but, midway through the process, she had to abandon the plan due to some circumstances beyond her control. Strangely, my wife who did not even complete the NABCO application process, and who was not assigned to any state institution, is receiving monthly allowances from NABCO, a situation we find very worrying. My wife and I are unemployed. But we still wish to return the monies she has received in her account, back to the state.

However, our fears are that my wife might not be the only person in the NABCO program receiving allowances for no work done. We believe this leakage will not help the national course, and we wish our story becomes the reason for that to stop.

But we have another fear; we believe that if we go straight to the NABCO Secretariat to report the problem, someone may, out of greed, cover their inefficiency by diverting my wife’s money to ensure that another wrong person gets it, and this might defeat our purpose for renouncing the money. In view of these, we need Simpa Panyin’s help so that my wife can return the money safely to the state coffers in a manner that will help the program to block further leakages.

Our current position as husband and wife who are without jobs is tempting enough to appropriate the monies paid to my wife. But we are prepared to stand by the truth at all times and to do the right things for God and Ghana. Your assistance to get the above objectives achieved will greatly be appreciated and it will go a long way in your drive to fight corruption”.

The above is a paraphrased creative edits of a message I received from Desmond Twumasi, a reader of Simpa Panyin. His wife, Mrs. Juliet Dei, received free money from NABCO, in the midst of being unemployed, and having an unemployed husband, yet the couple decided not to take the money, but return it to the state. And by the way, I sought permission from Desmond before publishing this article.

There have been several instances that I have felt that there was no point continuing this column, because nothing will change anyway. I have said we should stop glorifying thieves in church, yet we give them the front rolls all the time. I have written profusely on road accidents, but we keep facing our worst road crashes. I have written about wrong policing, but we keep seeing worst policing a day after the other. I have had several cause to ask if it was worth the several hours I spend on Wednesdays, writing one Simpa Panyin after the other. But messages such as the one from Desmond helps to keep me hopeful, that a day might come when it will all make sense.

A couple of months before Desmond’s message, a lady friend of mine (call her Thelma) had asked if I knew of anyone at NABCO. Of course I know the head of the program, Dr. Ibrahim Anyars. Dr. Anyars and I were students’ leadership contemporaries. He became the General Secretary for the All Africa Students Union (AASU) when I was the Programs Officer of the National Union of Ghanaian Students (NUGS).

I had wondered why the persistence from Thelma, to connect her to anyone I knew at NABCO. I tried to know what exactly she wanted the NABCO connection for, but she was dismissive each time I had raised the issue. I was worried to know more, because just a few weeks ago I had learnt that amongst a recent Fire Service recruits was a heavily pregnant non trades woman who has been receiving allowances for several months without having ever gone through the Fire Service training.

After receiving the message from Desmond, I decided to do my own checks, as to why Thelma was so desperately looking for connections at NABCO. My curiosity drew me to the conclusion that she knew of friends who were receiving free NABCO allowances, and she regretted that she did not fill the NABCO application forms when it was advertised.

Just a couple of weeks ago I had a call from a longtime friend (call her Mercy). She needed a favor from me for her cousin. Unfortunately, I could not be of help as what she was asking for was beyond me. In the course of the conversation, it turned out that Mercy’s cousin, for whose reason she was asking for a favor from me, is a beneficiary of the free NABCO money. Like the case of Desmond’s wife, Mercy’s cousin only completed the NABCO application forms, but never attended any training, neither did he attend any interview.

This week I don’t want to write too much of my own opinion. I only wish to celebrate the courage of my friend, Desmond Twumasi and his wife, Juliet Dei. There are two things that could be very embarrassing to a new husband; when the man is unable to achieve an erection, and when the man is unable to provide for the home. So I can understand the miracle that came the way of Desmond; it could have been to them as if the God of wonders had proved himself faithful, by bringing NABCO closer to their home - free money, in the meantime, to a couple that is unemployed.

I hope that someone at NABCO is going to take steps to prevent more of Mrs. Juliet Dei from receiving nuisance monies into their account. And may Juliet’s story inspire us to look into the National Service Scheme, the Youth Employment Program, and all those agencies vulnerable to giving free money, to investigate how those programs are giving free money. Maybe what we all have to do is to give up, and join in the looting of the state resources, so that none of us is left behind. Sometimes it is just too despairing!

But still, the battle is the Lord’s!