Today Is World Day Against Trafficking In Persons 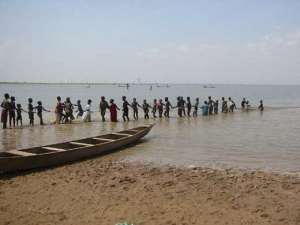 The United Nations commemorates the World Day Against Human Trafficking today Tuesday July 30, 2019. This annual commemorative day was set up by the United Nations to draw the world’s attention to the increasing presence and threats of human trafficking, and the need for a consented efforts at addressing the situation.

It is estimated that there are over 40million people trafficked annually, and the global profits from human trafficking is estimated at over $150billion annually, which makes it the second most profitable illegal business in the world.

Ghana is estimated to be home to over 100,000 victims of modern slavery, according to the Global Slavery Index, and Ghana’s fisheries sector is believed to be the highest beneficiary of human trafficking in Ghana, with an estimate of over 20,000 children believed to be entrapped on the Lake Volta alone.

Challenging Heights is disappointed that the Ghana government is not doing enough to address the problem.

According to the US State Department’s Trafficking In Persons report, Ghana is a source, transit, as well as a destination country for victims of trafficking. Internal trafficking is believed to have the highest prevalence in the country.

In 2005 Ghana passed the Human Trafficking Act, which is barely enforced, with law enforcement agencies barely being given the needed resources to work effectively.

Challenging Heights over the years has been at the forefront of fighting against child trafficking, having supported over 1,500 children survivors over the last sixteen years, with an annual average rescue of 100 children.

Last year the international community set up the United Nations Global Sector Financial Commission on Human Trafficking and Modern Slavery, to harness the strength of the financial sector towards addressing the problem globally. It is our hope that the government of Ghana will tap into this initiative, in order to localize and implement the outputs of the project for the benefit of its citizens.

We also hope that the Ghanaian government will be more upfront with pragmatic efforts, and get to serious business, to allocate sufficient resources to its own designated institutions in order to address the situation comprehensively.

Whether or not national cathedral would be built, so support...
9 hours ago