Ghana, The Black Star, And The Year-Of-Return 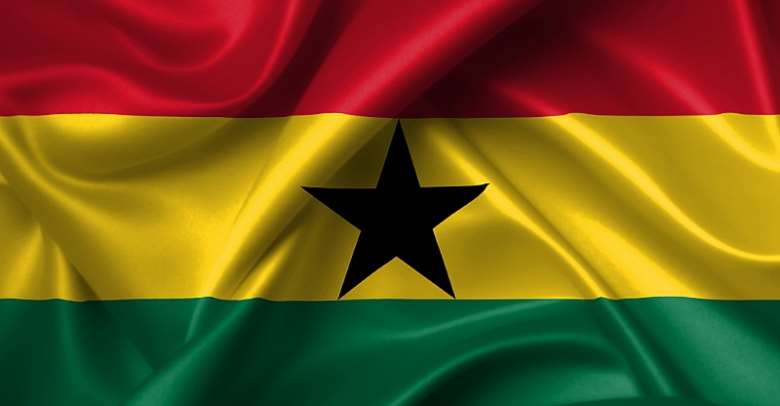 The year 2019, has been declared the ‘year-of-return’ by the president of the republic of Ghana, Nana Addo Dankwa Akufo-Addo. 400 years ago, in 1619, 20 African slaves arrived in the British colony of Virginia, USA. That marked the beginning of slavery in the USA. In 2019, Africa is welcoming all the descendants of African slaves back home, with Ghana, the ‘Black Star’ of the continent, leading the welcome and rightly so. The first European slave trading post was built in present day Ghana, initially for trade in gold and ivory, but eventually became the hub of the worst form of human trafficking in history. St. George’s castle in Elmina,Ghana was the first of more than 30 such slave trading posts on the shores of Ghana, a feat not matched by any other African coast, a clear indication that the wealth of the Gold Coast (Ghana) was attractive to the Europeans.

The Portuguese, the Danes, the Dutch, the English,and the Germans built castles on the shores of Ghana. Ghana also deservedly earned its Black Star status and as the beacon of hope for the African race when Kwame Nkrumah led it to become the first sub-saharan African country to gain independence. Ghana’s independence inspired the independence movement throughout the African continent, and the civil rights movement in the United States. So, how prepared is the country for this anniversary? What is in store for the returnee? How is the country inspiring hope once again among the African race?

After gaining independence, Kwame Nkrumah launched an industrialization campaign. He planned the industrial city of Tema and introduced hydroelectric power through the construction of then, largest man-made lake, the Lake Volta. Nkrumah’s administration failed after it got increasingly despotic and corrupt. The jury is still out on whether the dictatorship and heavy-handedness were effective counter measures to ensure discipline and counter the insurgency that the administration faced. Many have wondered if Ghana would have been like China today if Nkrumah had remained in power.

After 26 years of instability caused by military adventurism and two interruptions to civilian administrations, the country returned to democratic elections in 1992. 26 years into this democratic dispensation, the country is hailed once again as an African model. It must be mentioned that the military adventurism also inspired other neighboring West African nations. Suffice to say that the country has been an African model throughout its history. So what do we have to show the children of those who were painfully taken away and what do the political leaders owe to future generations? What model once again should Ghana offer to the African race?

Nkrumah argued and so has other black leaders that the “black man is capable of managing or mismanaging his affairs”. I believe through growth pains, we have amply demonstrated how we can mismanage our affairs. It is time to demonstrate how we can manage our affairs. The Asians - Singapore, Malaysia, Korea, and China, have demonstrated their capabilities by lifting their nations out of poverty. Are we ready to do the same? What are our major obstacles?

Poor governance and leadership screams at the top of the list. How do we solve this? Do we have to rely on martyrs like some of our earlier leaders to work miracles or should we create effective systems that can withstand the fool hardiness of elected leaders? The ballot box has proven that it is very capable of electing very bad leaders. Solace and respite lies in having effective institutions that can check and ensure that a nation as a whole does not collapse under a bad leader. This is where parliament (our council of elders) must come in handy. The electorate must turn their focus on their parliamentarians and ensure that only people worthy of their respect, represent them in the legislature.

As our brothers and sisters return home, it is important for them to see the relics and artefacts that remind them of the pain of the past. However, it is even more critical for them to see seeds of hope that instill confidence and a belief that the continent will regain its past glory as the land of milk and honey, home of the Nile and the pyramids. Let us line up our coasts with coconut and palm trees, maintain the highways even if they are few, restore the traditional customs of hygiene and banish filth to the outskirts of town like we did in our traditional communities. Let us restore integrity and return to the days when theft brought dishonor to family and clan and was severely punished. Let us restore the ‘ubuntu’ spirit where no one went hungry in the neighborhood - neighbors shared food, clothing, and shelter. Our nobility should not just be displayed with lavish clothing but through our traditional values of respect and community. Yes, after 400 years, let’s return to our values of respect, honor, and care and frown seriously on the greed and selfishness that made us so vulnerable to slavery. Let us call out any politician or leader who abuses power and uses their office for the exploitation of the African. Ghana must lead the way in rejecting and repudiating bad leadership and restore hope to a people who have suffered tremendously over the past four centuries.