Fix it: A perspective on how we can do it 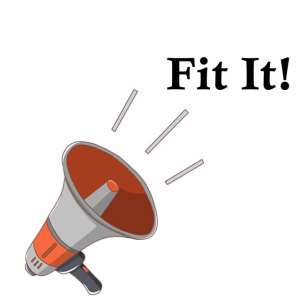 It is eight months into the second term of Nana Akufo-Addo’s government. The opposition cried foul shortly after his re-election. They filed a petition that was thrown out by the Supreme Court as lacking merit. They embarked upon a lawful street protest. After exhausting these options, social media gathered steam with a new hashtag of ‘Fix It’. It wasn’t difficult for sympathizers of Nana Addo’s party to see it as another attempt by the opposition NDC and other disgruntled former sympathizers of the current government, to undermine the democratic process and just cause mischief for Nana’s second term. Some neutral observers have blamed it on the underwhelming performance of Nana’s government to date, especially when it comes to the fight against corruption. They just see a continuation of the status quo and in some cases, an upping of the ante. As usual, the truth may lie somewhere in between.

Nana’s government touts some impressive programs matched with slogans that garner respect globally - free secondary education resulting in major increases in female and overall student enrollment; stipend for nursing and teacher trainees; elimination of all forms of fees including PTO dues from education; major infrastructure development; revival of a national health insurance program that includes free children and maternal care; an industrialization program that has attracted major auto and technology giants; an agricultural initiative that has increased food production; a robust digitization of services; a clean-up of the country’s banking sector, and many more. However, perhaps, the biggest concern that the electorate share is the failure to stamp out corruption and bring people to book, the major job that they hired Nana Addo to do!

Nana Addo is being evaluated primarily on his ability to fight corruption and the question is has he succeeded or made it worse?

Corruption permeates all aspects of society. However, the perception is that every ruling party is the chief perpetrator, followed by civil servants, all the way down to the policeman and his two-two cedis highway robbery, and to the self-styled big men in the pulpits. How should Nana tackle this?

My school of thought is that we need an overhaul of governance. Unfortunately, I am pessimistic because the politicians who have the power to bring about the change will not engineer their own demise. To Nana Addo’s credit, he tried floating the bill for the election of District Chief Executives. However, the opposition squashed it. My question then is, where was the power of the majority? Why have a majority in parliament and yet fail to use it to promote the initiatives of your president?

Imagine if power rested locally with the people. Imagine a local governance structure where the traditional rulers and the elected officials of a region came together to determine the fate of their local economy? Imagine them tapping into the expertise of businessmen and technocrats from the region? The security forces have their REGSECs. Imagine a regional economic and development council. Why are all the elected officials living in Accra, driving their

government-funded SUVs, and building mansions in the capital? If these officials were based in their district capitals and were working with their people to bring about development, we would

see the true patriots. Instead, a lot of these politicians are looking for the good life in Accra, encouraging our young ladies to engage in the so-called ‘slaying’ industry to meet their needs in the city. Power is too concentrated in the capital.

Why can’t parliament convene one week each month and let these politicians return to their constituencies to go and work with their electorate? Why not pay them less and give them fewer benefits to discourage those who have made it a career in pursuit of power and prestige? If most of the talented sitting in our capital - from the Jubilee House and throughout the ministries - were deployed into the districts, they will support the local economies and bring about development.

For Ghana to develop, each ward, village, township, and district must also develop. Bragging about Accra’s modernization/development as Ghana’s development is not enough. Each ward/village/town must harness all its resources, especially humans, and pour it into its development. The centralization and concentration of power and resources in the central government is what is depriving Ghana of the needed resources. God in his infinite wisdom designed for blood to circulate. The ‘blood’ (resources) of Ghana is not circulating. It is all concentrated in the capital. Let’s revise our constitution and laws to decentralize government. Let’s vote for local leaders and divide the national purse equally among districts and send the talent to the local areas and let’s watch local economies grow. Then would all Ghana develop as opposed to just the capital. The politicians can fix it and we should hold all of them accountable. Ask your local politician to campaign for the election of DCEs and the strengthening of local governments and equitable distribution of national resources. That is when we will fix it. Let the resources circulate throughout the nation rather than concentrate it in the capital where the vultures hover. We can all fix it by holding our local elected officials accountable to bring about the change we all need. We are responsible for the bad behavior of our elected officials. Let’s hold them accountable. Send your priests and chiefs to the local MPs and DCEs and demand accountability. Placards in the city may just be doing the bidding of the opposition.