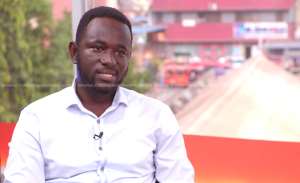 Daniel Marfo, Head of System Integration at Zipline Ghana, has mounted a spirited defence for the relevance of the drone delivery system proposed by the Ghana Health Service and the Government of Ghana, adding that the deal will save the country millions of Ghana cedis.

According to him, the drone technology will save millions of lives.

Speaking in an interview on Citi TV's Face to Face program, Mr. Marfo disclosed that the drone delivery technology after it's implementation would have saved the country a lot of money which would have been wasted.

Mr. Marfo explained that there have been instances where Government procured in excess some medical supplies to treat a particular condition or outbreak, after which all of such supplies get expired after the condition or the outbreak is controlled.

He argues that the drone delivery technology piloted by Zipline will address all of such wastages in the Ghana Health service.

Mr. Marfo says Ghanaians should look at the deal from a “value for money analysis”.

“The other thing here is that you have to cost wastage, if you go to a lot of health centers, expiries do happen… So this service helps in even distribution and prevention of waste in the health care space. So if you look at savings on transportation cost, savings on wastage, this can potentially free up millions of Ghana cedis for the ministry of health and the Ghana health service which can also be invested in other areas which are also in need of investments, so we are seeing this from a value for money analysis and the possibility of it freeing up wastage”

The Head of System Integration at Zipline also disclosed that the company is working closely with the Ghana Health Service logistics and supply chain department as the “critical successes” of the deal depends on their efficient collaborations.

“One of the key stakeholders we have worked with is not even management, it is the logistics, supply chain managers and teams in the Ghana service, because the critical success of this project relies on the products being available”

With Parliament approving the drone delivery deal in parliament after a voice vote, Mr. Daniel Marfo says Zipline can now go ahead with some test drone trips to assess the efficacy or otherwise of this new technology in the Ghana Health space.

He explains that within six months, two delivery centers will be set up for the commencement of the project with the first to be established at Suhum.

Can the birds destroy the drones ?

When asked if there is a possibility of the drones being destroyed by birds, Mr. Marfo replied and explained that “everything is possible and that is one of the greatest things we have to address”.

He said the company in an attempt to address this challenge would have to fly the drones a height that makes it impossible for the birds to attack the drones.

Parliament approves deal for delivery of medical supplies via drones

Parliament passed the Services agreement between Flyzipline by a vote of 102-58.

This was after the First Deputy Speaker's decision to have the agreement approved by a voice vote, was challenged by the Minority Chief Whip, Muntaka Mubarak.

The service agreement has been the subject of tussle in the house with the Minority describing it as a misplaced priority while government believes it is a step in the right direction.

This was after the House deferred the approval on two occasions due to disagreements by the minority side. This was to allow for some regulatory checks to be completed.

Meanwhile, the Minority has said even though the agreement has been passed, they will not relent on their fight against it.

Minority Spokesperson on Finance, Ato Forson, said the Minority side was denied the opportunity to “debate the amendment as proposed by the Chairman of the Health Committee.”

The Ghana Medical Association has called on the government to, as a matter of urgency, suspend the implementation of the medical drone service agreement it has entered into with Zipline International Incorporated.

According to the Association, the deal in its current form does not fit into the country's existing healthcare policy.

The GMA, in a statement signed by its president, Dr. Frank Ankobea, said the government must consult broadly on the drone programme before going ahead to implement it.