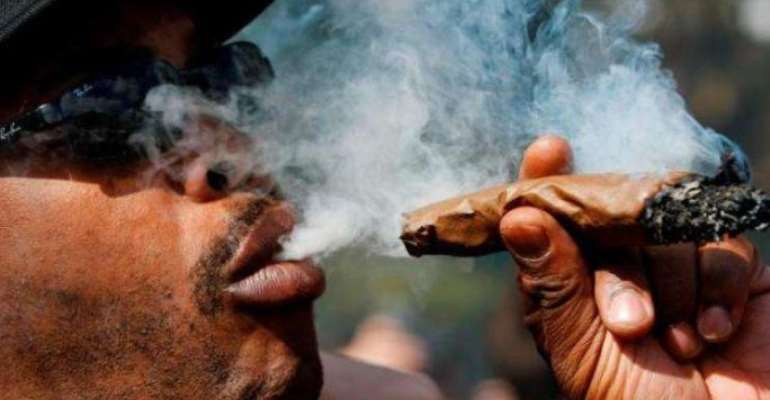 The general view about ghetto guys is that they are criminals, good for nothing and irresponsible. They are often referred to as wee smokers, alcoholics and bad guys. I used to hold this same view about them until only last year. My former area in Madina abounded with such guys. I never got close to them until my accident last year which restricted my movement.

Since I couldn't go far from home and I was in dire need of company, I was forced to sit closer to them and soon they were my friends. Not surprising they attended my daughter's naming ceremony in last November.

An interesting incident happened when an area lady who was a bit ill mentally showed signs of labour. This lady's mum and siblings refused to send her to hospital. I tried all I could to convince her to send her to the hospital but she refused. She said her daughter didn't respect her. I took her to Alpha hospital at Madina Estate and after some brief assessment, I was told she would not be able to deliver on her own without CS.

The nurses advised me to send her to Ridge hospital for CS. Unfortunately, I didn't have sufficient funds at the time so I went back home and went round the neighbors to solicit for funds. There was a particular woman who operated a shop whom I staked my hopes on. She never missed church and I was told she was in charge of cleaning the office of her head pastor. I went straight to her when I arrived home. Rather disappointedly she refused to help on grounds she wasn't the one who advised the woman to get herself impregnated. Wow! I tried convincing her that we should save the child and ignore the woman's faults but failed. She simply had no time for such a sinner.

Some of my neighbors contributed ¢1 or ¢2 whilst others failed to contribute. Then I had an bright idea. Why wouldn't I go and try the wee boys? They were at their usual base when I arrived. Shockingly, the wee boys garnered a good amount for me and none of them questioned the woman's morality. They helped for the sake of God. My mind changed completely about them and during my daughter's naming ceremony, I invited them and they came in their numbers.

Thank God Regina delivered successfully to a baby boy. When she was released from hospital and I went to see her at home, she said, "Alaji, my son looks just like you". I laughed out my heart and said in my head thank God you didn't say this in front of my wife. Hahaha!

Lesson: Those who sleep in church or mosque are not necessarily the most God fearing. The most God fearing person may be the wee smoker you hate. They all have their stories. Listen to them and stop judging them. Only God knows those who will go to heaven.