What A Woman Cannot Do Does Not Exist: A Letter To Men 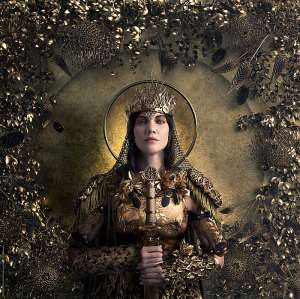 Recent mishaps between Ras Mubarak and his ex wife, Rasheeda Adams speak volumes of attitudes of some women and give credence to why some men fear to marry assertive educated women. From available information in public domain, Rasheeda who perhaps must have fallen in love with Mubarak at first sight at the premises of Metro TV and stayed true to him throughout their marriage and never uttered a negative word against him publicly in the times they spent together until she packed out from their residence and broke up with him give meaning to the title of this article. The woman who was acting nice suddenly turned bitter as soon as she broke up with her beloved Mubarak and father of his two kids.

"Henceforth, I will teach you a lesson. Make a public ridicule of you. Spoil your political career. Stupid man! Broke man! I will get new birth certificates for our children and change their names. Since I am a woman, I will get public sympathy and there is nothing you can do and if you fail to communicate with me, you will never see or hear from your children. I will make sure they will never love you. You will never set your eyes on them. You will understand the true meaning of Rasheeda from today".

A friend of mine told me how he met and dated a woman in London 15 years ago. To this day he still talks about how exciting their relationship was. But the excitement appears to be one sided as his beloved girlfriend now paints him as a monster before a daughter they had by mistake. Well, was it really a mistake?

Once upon a time in Croydon, Kofi my good friend met Bernice and fell in love with her during his long vacation holidays. Kofi was a University student studying in Ghana. He was a very handsome man. Bernice was a hustler working in England.

They enjoyed themselves and supported each other as a good couple would do. Everything was going on well until Bernice met Simon, a fellow London hustler and resourceful man. Unknown to Kofi, the apple of his eyes had started a secret relationship with Simon. One day, Bernice convinced unsuspecting Kofi to have an unprotected sex with her since she was in her safe period. Lo and behold, it resulted in a pregnancy. She then carried the pregnancy and gave it to her new boyfriend, Simon to father and dumped Kofi.

When the child grew and was 13 years old, she was told about her real father Kofi after a back and forth battle that ensued on social media for two weeks. Suddenly, Kofi was painted as a monster to his little child. He suddenly became the broke man, the irresponsible man, the sperm donor, the abuser, the rapist and the monster who refused to take care of his child.

God gave the first man, Adam, and his descendants power over this world and everything in it but man is relinquishing that power to woman. The power of a woman over her children is not a child's play. The earlier men sit up the better. As a man let your children know your contribution to their lives. If possible, let your partner be jealous of you when it comes to your children. Compete with your wife over your children. When you divorce your wife, don't divorce your children. I know it is difficult especially the hardship and sometimes the blackmailing but don't give up.

And to some of you women, what do you gain by spoiling the image of your baby daddies especially those who are not irresponsible? Remember, there will be a Day of Reckoning where each and everyone one of us will account to the Almighty God.

When Adam saw Eve he marvelled at her beauty. A woman's power is limitless hence the saying "behind every successful man, there is a woman". Never abuse the power that God gave you. Use that power for positive things. Be a builder and not a destroyer. To God be the Glory.