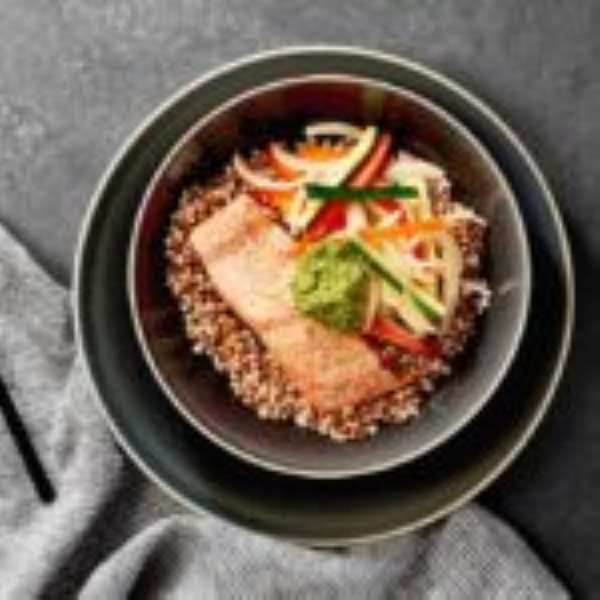 
Fasting is commonly associated with the month of Ramadan. As you read this, billions of Muslims around the world are engaging in this declaration of faith that involves abstaining from food and drink from dawn until dusk. While fasting for Ramadan is down to spiritual beliefs, many of us choose to fast with the belief that it benefits our health. But does it?

In recent years, numerous studies have suggested that intermittent fasting – abstaining or reducing food and drink intake periodically – can be good for us, making it one of the most popular diet trends worldwide.

One of the most well-known intermittent fasting diets is the 5:2 Fast Diet – a plan that involves eating the recommended calorie intake for 5 days a week but reducing calorie intake to 25% for the remaining 2 days – to 500 calories a day for women and 600 a day for men.

According to Dr. Michael Mosley – author of The Fast Diet books – this eating plan can not only help people lose weight, but it offers an array of other health benefits.

“Studies of intermittent fasting show that not only do people see improvements in blood pressure and their cholesterol levels, but also in their insulin sensitivity,” he adds.

In June 2014, for example, Medical News Today reported on a study suggesting periodic fasting – defined in the study as 1 day of water-only fasting a week – may reduce the risk of diabetes among people at high risk for the condition.

Another study, conducted by Dr. Valter Longo and colleagues from the University of Southern California (USC) in Los Angeles, found longer periods of fasting – 2-4 days – may even “reboot” the immune system, clearing out old immune cells and regenerating new ones – a process they say could protect against cell damage caused by factors such as aging and chemotherapy.

But what are the mechanisms underlying the suggested health benefits of fasting?

The potential benefits of intermittent fasting 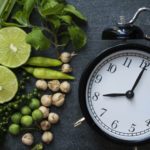 Since the body is unable to get its energy from food during fasting, it dips into glucose that is stored in the liver and muscles. This begins around 8 hours after the last meal is consumed.

When the stored glucose has been used up, the body then begins to burn fat as a source of energy, which can result in weight loss.

As well as aiding weight loss, Dr. Razeen Mahroof, of the University of Oxford in the UK, explains that the use of fat for energy can help preserve muscle and reduce cholesterol levels.

A woman with a tape measure around her mouth
When the body has used up glucose stores during fasting, it burns fat for energy, resulting in weight loss.

“A detoxification process also occurs, because any toxins stored in the body’s fat are dissolved and removed from the body,” he adds, noting that after a few days of fasting, higher levels of endorphins – “feel-good” hormones – are produced in the blood, which can have a positive impact on mental well-being.

As mentioned previously, the study by Dr. Longo and colleagues suggests prolonged fasting may also be effective for regenerating immune cells.

“When you starve, the system tries to save energy, and one of the things it can do to save energy is to recycle a lot of the immune cells that are not needed, especially those that may be damaged,” Dr. Longo explains.

In their study, published in the journal Cell Stem Cell, the team found that repeated cycles of 2-4 days without food over a 6-month period destroyed the old and damaged immune cells in mice and generated new ones.

What is more, the team found that cancer patients who fasted for 3 days prior to chemotherapy were protected against immune system damage that can be caused by the treatment, which they attribute to immune cell regeneration.

“The good news is that the body got rid of the parts of the system that might be damaged or old, the inefficient parts, during the fasting,” says Dr. Longo. “Now, if you start with a system heavily damaged by chemotherapy or aging, fasting cycles can generate, literally, a new immune system.”

With the potential health benefits of fasting widely hailed by nutritionists worldwide, it is no wonder many of us are putting our love of food to one side in order to give it a try.

But intermittent fasting isn’t all bells and whistles, according to some researchers and health care professionals, and there are some people who should avoid the diet altogether.

The health risks of fasting
According to the UK’s National Health Service (NHS), there are numerous health risks associated with intermittent fasting.

People who fast commonly experience dehydration, largely because their body is not getting any fluid from food. As such, it is recommended that during Ramadan, Muslims consume plenty of water prior to fasting periods. Other individuals following fasting diets should ensure they are properly hydrated during fasting periods.

If you are used to having breakfast, lunch, dinner and snacks in between, fasting periods can be a major challenge. As such, fasting can increase stress levels and disrupt sleep. Dehydration, hunger or lack of sleep during a fasting period can also lead to headaches.

Fasting can also cause heartburn; lack of food leads to a reduction in stomach acid, which digests food and destroys bacteria. But smelling food or even thinking about it during fasting periods can trigger the brain into telling the stomach to produce more acid, leading to heartburn.

While many nutritionists claim intermittent fasting is a good way to lose weight, some health professionals believe such a diet is ineffective for long-term weight loss.

Some health professionals believe intermittent fasting may steer people away from healthy eating recommendations, such as eating five portions of fruits and vegetables a day. Many fear fasting may also trigger eating disorders or binge eating.