5 Reasons Why I Am A Christian 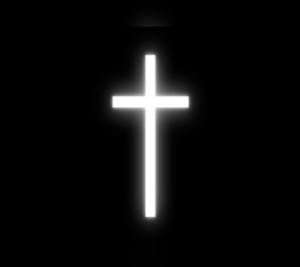 I would like to introduce the moral argument for God’s existence since I drew insights from it for my topic.

The moral argument for God’s existence goes like this:

a. If God does not exist, objective moral values do not exist

b. objective moral values do exist c. therefore, God exists Here are the five reasons why I am a Christian: Reason 1 God’s existence has everything to do with why I’m a Christian. If there’s no God, then there’s no reason for me to be christian. The existence of God is proportional to the claims made by the christian. If God exists, then the claims made by the christian can be justified. I believe God exists, not by share reason alone, but by a daily experience of reality. For if there’s God, then it must imply logically, from the moral argument, that objective moral values follow his existence. My daily experience of reality, on the other hand, reaffirms what the moral argument is saying, that some moral values are independent of what I think or feel. This helps me understand the logical deduction made by the moral argument which basically says that a being is necessary for objective moral pronouncements. What we are calling God.

Reason 2 Another reason for which I’m a Christian is who God is in Christendom. In short, he is a being who came in. He came to die for sins in order to display his love as against our wickedness. This follows the logical implication made by the moral argument that another being is necessary (must come in) for objective moral values. That being actually did come, and I’m a christian because it affirms for me who he is.

Reason 3 When God came in, he offered forgiveness through the person of Jesus Christ. This presupposes that I have wronged him and that he wants to restore me to where he used to be with me, something I long for. Forgiveness was his way of putting my past behind him (nailing it to the cross) and bringing me to where he wants me to be. Forgiveness was a call for me to come to him.

Reason 4 The resurrection proofs that God actually was here on earth, with a great deal of consideration for what he did while on it. This is what the four Gospels recounted. The embarrassing details, early dating, the simplistic nature of the book of Mark, etc. all points to the historic figure of Jesus Christ. It is because of the resurrection that many people had come to the place where God wants for us, prior to his son’s death, a place where we would live together with a common goal, that is, a community, where we can relate with one another in a fellowship. I had come because of this purpose.

Reason 5 In this purpose, he brings coherence to my experience and a unifying definition to everything in reality. Life makes sense with God in it. Morality, meaning, origin, etc. cohere when God is in it. We can’t find this kind of coherence anywhere apart from God. And this is one of the key reasons why I’m a Christian. I very much understand the profundity of this thought as a student of philosophy. It reveals to me how God (another being) is important to my existence. It tells me that I can’t explain away certain realities apart from him; it’s like he has reserved a place in this world where only him can fill.