#BlueforSudan: Why Is Social Media Turning Blue For Sudan? 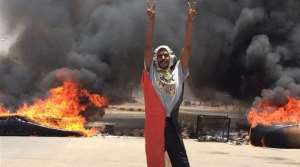 Social media users are changing their profile pictures to blue to express solidarity with protesters in Sudan in the wake of a brutal crackdown that killed dozens of people in the capital, Khartoum.

The blue wave has spread across various platforms via the #BlueForSudan hashtag, as Twitter and Instagram users attempt to honour the memory of one of the victims: Mohamed Mattar, whose favourite colour was reportedly blue.

The 26-year-old engineer was fatally shot during the June 3 crackdown blamed by protesters on Rapid Support Forces (RSF), a paramilitary group led by a senior member of Sudan 's ruling Transitional Military Council.

Mattar was reportedly shot while trying to protect two women during the bloody dispersal of the protest camp outside the military headquarters.

"Now [the colour] represents all of the Sudanese people who have fallen in the uprising."