Nana Appiah Mensah: A 21st Century Young Bourgeoisie Empowering the Proletarians —A Look at the Man Whose Name Commands Riches 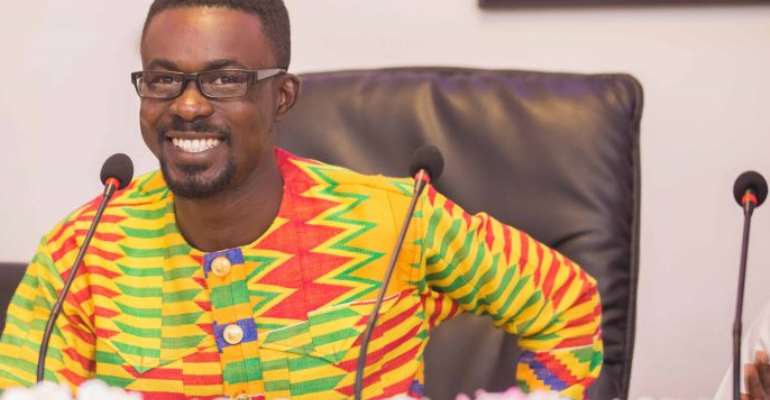 The most important quality that any successful leader ought to possess is one that people often overlook, because they all too often concentrate on the wrong qualities, which is one of the reasons Africa remains mired in trouble because we go about choosing our leaders all wrong.

The most important quality a leader needs is not charisma, which is vastly overrated, nor is it even the ability to fire people up, although that is very important -- the most crucial quality of all successful leaders throughout history, without fail, has always been vision.

Kwame Nkrumah was a visionary, as was Nelson Mandela in South Africa. Mahatma Gandhi was one as well, as was the brave preacher Martin Luther King Jr, whose magnum opus 'I Have A Dream' speech encapsulates the very essence of vision - the ability to see what no one else dares to see.

If Ghana has one huge problem, it is the lack of visionary leaders since Kwame Nkrumah. Nkrumah built the foundations of this country and to this day his edifices are what keep us above a failed state. Our bane as a nation has been that since his passing we have been unable to produce a leader capable of that kind of vision.

Just over a couple of years ago Ghanaians got to know of a new leader who possesses the kind of vision we have been missing for a long time and who is determined to stop at nothing to bring this vision to fruition.

Nana Appiah Mensah is the CEO of numerous companies but most famously, of Menzgold Ghana and Zylofon Media. The establishment of Zylofon Media, which happened with a bang, introduced Ghanaians to this rich businessman who took the industry by storm and has since been working non-stop to get it to a level where it would be professional enough and lucrative, not just for those who invest their monies in the talent but for the talents themselves.

That Nana Appiah is a man far beyond his time, and that he possesses the legendary vision of every epoch defining leader we already talked about, is evident in how he has come to change the Ghanaian music industry. His Zylofon Media is a conglomerate of companies all aimed at supporting the talent he's signed to Zylofon Music, in much the same way major foreign entertainment conglomerates have separate recording houses, production studios and distribution companies which build a major force to be reckoned with and makes getting their products to the people a matter of routine.

That Ghana is not ready for a leader of such force is evident, but visionary leaders never stray from their vision no matter the obstacles and more often than not, it's history that proves them right.

So, who is Nana Appiah Mensah? The man who has the youth of this country dreaming again as our politicians continue to disappoint over and over again? Nana Appiah Mensah is one of the richest men in the country, a prodigy who already has riches beyond measure at quite a young age.

He was born to Ivy Brew, a business executive and Napolean Mensah Abrompah, a banker. Nana Appiah Mensah grew up in a comfortable home and from an early age, had the attributes of hard work implanted in him by his two successful parents. Being an entrepreneur could be said to be imprinted in his DNA.

Nana Appiah Mensah attended one of the most prominent senior high schools in the country, Adisadel College, and continued onto the University of Ghana for his undergraduate degree.

It's evident he came from a sort of privileged background, yet despite his upbringing, he has always identified with the less fortunate, and it's no surprise he has now become a sort of hero to the suffering masses tired of all talk, no action politicians.

From a young age Nana Appiah Mensah started the groundwork for his later companies which would shower him with wealth, to the point that when he finally decided to prominently enter the public square he had a ton of established companies.

From Menzgold Ghana (and its several branches worldwide), to Brew Marketing Consult, Brew Realty Company Limited, Cheetah Security Co. Limited, Narosa Hotel and of course Zylofon Media, he has built successes wherever he turns his eyes to, a modern-day King Midas, if you will.

Nana Appiah Mensah's success extends into philanthropy, and the works he's carrying out nationwide with his NAM 1 mission has people attaining more levels of respect for him. Recently, he announced an initiative to create a million jobs for the youth, which led to pressure mounting on him to run for public office.

In just the over couple of years that we have known him publicly, Nana Appiah Mensah has achieved more than many public leaders fail to do in a lifetime. His numerous companies employ over 2,000 people (a conservative estimate) and aside that he's rejuvenating the entertainment sector with Zylofon Music.

The story of Nana Appiah Mensah, which is playing out right before the public eye, has served as inspirational fodder for millions of youth in a country which proves every single day that it does not have our back. His fortitude, despite roadblocks mounted by the system he's trying to reform, speaks to the power of perseverance, and is a shining example to the future leaders of this nation. It's no wonder he's one of the most popular figures among the youth, and has been recognized numerous times as one of the most influential African youths.

In his personal life, Nana Appiah Mensah is married to Mrs Rose Appiah Mensah, aka Queen Rozy. The couple have a son together.

Visionary leaders are often misunderstood in their time, and often have an entrenched system they are trying to reform fighting tooth and nail against them. That he continues to succeed, despite that, is the reason NAM 1, as those who know him affectionately dub him, is the leader this country needs but absolutely does not deserve.

And if you are wondering, yes--indeed he has a private jet, to his name.

Police arrest Funny Face after threatening to kill mother of...
12 minutes ago

Police comb for Shatta Wale after reportedly shot
19 minutes ago