The Motivational Story of Bola Ray, EIB and the ‘Remnants’ 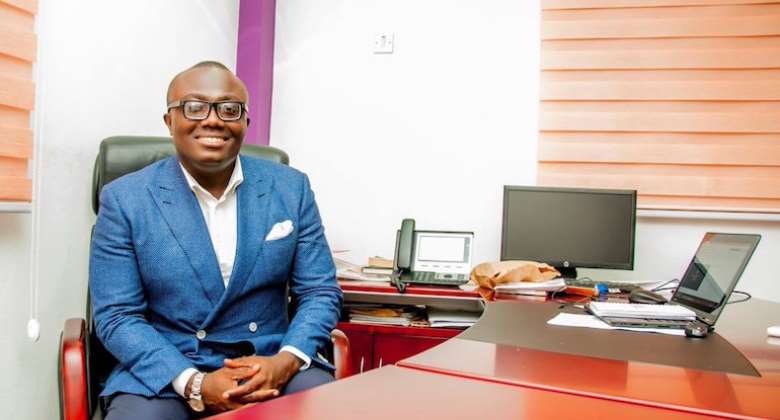 EIB has been struggling for almost a year now but its CEO, Bola Ray, and several other workers have remained resolute, in the wake of an unexpected financial storm that nearly derailed them.

This is not going to delve into the politics of how EIB got into the borders of struggles, and neither will it seek to blame the many deserters who jumped out of a buoyant ship, when they thought it was about to sink—the titanic style.

This is to remind us of how a media conglomerate, loyal to almost everyone it employed got served and ditched, and has managed to stay relevant in the face of the unforeseeable troubles which almost crippled it.

Bola Ray and EIB are synonymous. While it may seem rewarding or somewhat powerful for one man to be occupying the topmost position of such a vibrant media corporation, the unfettered pressure and frustration which come with the job, especially when you have not been able to pay your workers for about 7 months cannot be accurately imagined.

At yesterday’s 2019 iYes Conference, Bola Ray roughly sketched to patrons why there has been an exodus of arguably some of the powerful names at EIB, an outlet which once was the powerhouse of almost all the people who mattered within the Ghanaian media landscape.

According to Bola Ray, after the network was hit with financial challenges, people who had flocked to him when things were rosy immediately started coming up with excuses to leave.

“In the month of August 2018, I had a lot of people walking away because it was difficult….. someone came to me and said: “My wife is insulting me because I have not been able to take money home for some months now.’ ……It got to a point that anybody who walks into my office, I ask: ‘Are you resigning,” Bola Ray revealed.

The above and the entire Bola Ray mini confession as to what has really been happening behind the veil of EIB has been captured today as a story besmirching certain employees for their lack of loyalty.

However, such a facile perspective undermines the sacred message that story conveys: of how any group of persons even if ditched by the key players, when determined, in the hours of all manner of difficulties can still form a robust fort, and forge on.

Despite the financial meltdown at EIB, affecting everyone from senior executives to cameramen, Bola Ray mentioned that EIB proudly still has about 300 employees, as against the about 483 it once held across the nation.

These 300, even if not big names, are the remnants, the faithful who continue to sacrifice for a network they feel has become part of their lives when, unfortunately, those who benefited greatly have become deserters.

The still focused EIB we see today would have been burnt into ashes, but for the people who have stayed at the network and worked through the struggles that engulfed it. These are the people that should take centre stage when telling the EIB story and not those who jumped out of the ship.

The true lesson is not that when storms hit, people you thought were with you would just jump ship for their own self-interest. That’s something we all know. But the lesson is, when you collectively remain obstinate to an aspiration, it lives on, no matter what.