Would Sacking CID Boss-Maame Tiwaa Addo Danquah Over the Taadi Girls’ Investigation Be Justified and Fulfilling? 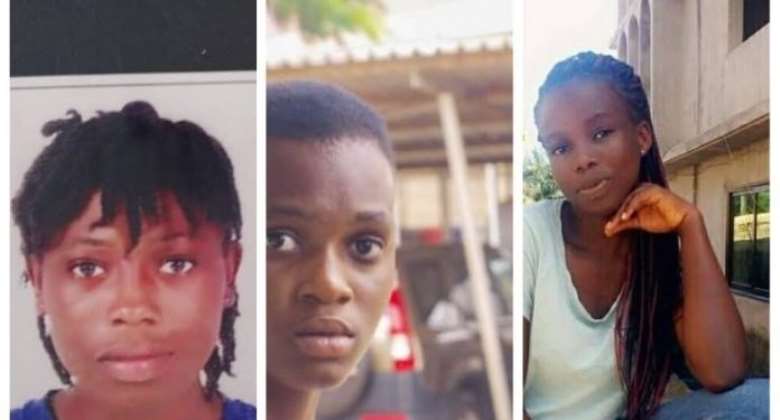 “My mother wishes me to let Lord Eddard join the Night's Watch... stripped of all titles and powers, he would serve the realm in permanent exile. And my Lady Sansa has begged mercy for her father. But they have the soft hearts of women... so long as I'm your King treason shall never go unpunished! Ser Ilyn, bring me his head!"

The above were the words of King Joffrey in the world’s most watched TV Series, Game of Thrones, before Eddard Stark’s head was cut off, in front of a confused King’s Landing crowd whose constant call for a head on a spike meant that this was somewhat an act of bravery—and satisfying. That was how a good and honest man was wrongly killed.

For the last few weeks, intensified by the turn of events in the last few days, a section of the Ghanaian population, has been calling for The Director-General of the Criminal Investigations Department (CID) of the Ghana Police Service (GPS), Maame Tiwaa Addo Danquah’s head to roll, or metaphorically cut off and be placed on a spike for all to witness.

What’s Maame Tiwaa’s heinous crime, such that a sack would be justified and fulfilling to those calling for it?

Three Takoradi girls were kidnapped in 2018, one in August and two in December. Earlier this year, concerned Ghanaians became interested in this case and several social media hashtags including #BringBackOurTaadiGirls were created to mount deserving pressure on the necessary authorities and call for wider assistance, in helping to locate the missing three.

In-between series of leads and investigations, the Police came out in April 2019 to state that they have discovered the whereabouts of the three kidnapped girls and efforts are on the way to bring them home. “We know where the girls are,” the CID Boss, Maame Yaa Tiwaa Addo-Danquah told reporters at a ‘Press Briefing’.

It turned out later that, the Police and the various State security agencies involved in the investigations were hoodwinked by a credible source as to the whereabouts of the girls—an information the agencies honestly believed at the time to be reliable and absolute.

The reasonable question is, why did Maame Yaa Tiwaa Addo-Danquah state on camera that those involved in the investigation knew the whereabouts of the girls? And must she be sacked, for this statement, which she uttered from a ‘Press Statement’ prepared by the Police Force and was deemed at the time to be true?

Yesterday, we concluded on a series of discussions with credible sources within the Ghana Police Service and some of the State security agencies that were involved with the investigation, almost always asking the million-dollar question hovering around among discerning Ghanaians—what happened, and why did Maame Yaa Tiwaa Addo-Danquah say the Police and the State security agencies involved in the investigation knew the whereabouts of these girls when they didn’t?

According to a high ranking officer at Ghana Police Service, while in hindsight that statement seems to be out of place, the other State security agencies and the Police Force involved in the investigation at the time were certain they had finally come to the end of what had been a frightening and longwinded search for the girls—stretching from Ghana to Nigeria.

The source said: “The confidence of the police that success in the investigation was imminent was based on credible information from a source who had assisted the police in the past. This same source assisted in the arrest of the 1st suspect and whose information led to the arrest of the second suspect at Aflao and even the 3rd suspect in Nigeria. It was on the back of optimism and what seemed at the time to be a solid information on the whereabouts of the girls that investigators confidently concluded they were bringing the girls home, alive.”

“Maame Yaa Tiwaa Addo-Danquah’s statement was not something she said on her own or without any backing at the time. The statement was actually prepared for her based on credible information at the time and it could have been read or made by anybody, as that was the true position of the investigation at the time,” the source added.

Without seeking to blame others, another source who was close to the investigation said that, Maame Yaa Tiwaa was just the messenger of an information carved out from many weeks of hard work and dedication by investigators—an information deemed as “kosher”at the time.

On whether Maame Yaa Tiwaa as the CID Boss regrets and accepts that the investigators got it wrong, the second source stated that, the investigation never stopped despite the endless obstacles. “In fact, the recent finding of what’s deemed to be human remains in a septic tank at Kasaworodo, a suburb of Takoradi came about because Maame Tiwaa’s office and the men and women searching for the girls have not stopped, despite the complications and false paths the suspects deliberately placed the investigations on.”

From our findings at the various State security agencies, it became apparent that the investigators at one point were reliant on an information that was not true because of the unblemished credibility of the source, one that came to the CID Boss’ desk and was honestly believed to be true. This led to the now infamous statement at the ‘Press Briefing’ in April, that the investigators knew the whereabouts of the girls, authored by the Police Force and uttered by Tiwaa Addo Danquah.

In a fluid investigation like this, not everything would turn out to be true or as they seem. Therefore, the Tiwaa faux-pas is one of those, and cannot be argued as a wholesome act of individual incompetence—which justifies the slayers and King’s Landing spirited folks’ call for her head to roll.

Perhaps, Maame Yaa Tiwaa Addo Danquah and her men even deserve to be commended for their commitment to finding these girls and be spared the unfounded social media crucifixion.

Currently, reports indicate that the Ghana Police Service is finalizing process to extradite a certain Chika, the third suspect in connection with the kidnapping of the three Takoradi girls- Ruth Quayson, Priscilla Blessing Bentum and Priscilla Koranchie to Ghana from Nigeria. The two other suspects, Samuel Udoetuk Mills and John Oji are already in custody in Ghana.

Nigel Giasie strikes with another AFCON revelation
13 minutes ago

Don’t compare E-block to our infrastructural development – N...
31 minutes ago