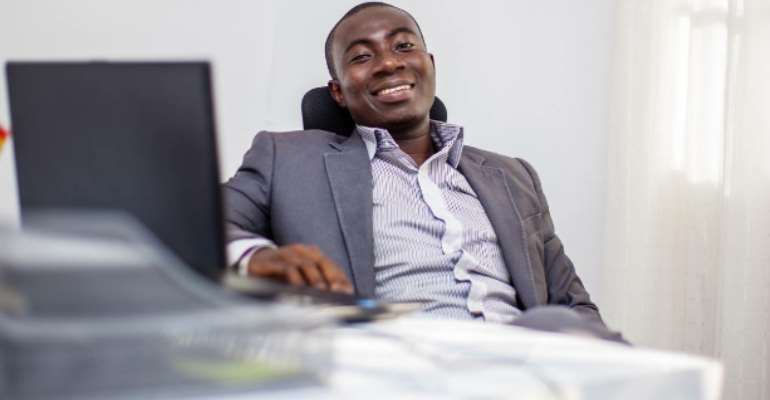 The recent relationship between the International Monetary Fund (IMF) and Ghana has triggered some institutional reforms in the financial industry especially banking. On 3rd April, 2015, the Executive Board of the IMF approved a three-year arrangement under the Extended Credit Facility (ECF) for Ghana in an amount equivalent to SDR 664.20 million (180 percent of quota or about US$918 million) in support of the authorities’ medium-term economic reform program. The broad objectives of the ECF program are:

As at May, 2018, six reviews had successfully been completed bringing total disbursements under the ECF arrangement to US$764.1 million.

Ghana’s recent relationship with the Fund has led to two landmark regulatory reforms in the banking sector. In July, 2016, Parliament of Ghana passed the Banks and Special Deposit Taking Institutions Act 2016 (Act 930). The law among others, seeks to amend and consolidate the laws relating to deposit taking and to regulate institutions which carry out deposit taking business. It also re-emphasises the authority of the BoG as the only entity responsible for the granting of licenses to enable deposit taking business in the country. Again in August 2016, Parliament passed the Bank of Ghana Amendment Act 2016 (Act 918). The objective of the amendment is to significantly strengthen the Central Bank’s functional autonomy, governance and ability to respond to banking sector crises.

Banking Crises
The banking crises that have rocked Ghana might be the worse in its history. According to the Central Bank, a number of problems have plunged the banking industry including weak macroeconomic performance, poor corporate governance and risk management practices, non-conforming related party transactions, regulatory non-compliance and poor supervision (questionable licensing processes and weak enforcement) leading to a significant build-up of vulnerabilities in the sector. So far, seven local banks have had their licenses revoked by the BoG. These are UT Bank, Capital Bank, Unibank Ghana Limited, Royal Bank, Beige Bank, Sovereign Bank and Construction Bank Limited.

It is worthy of mention that, the BoG’s Asset Quality Review (AQR) of banks conducted in 2015 and updated in 2016 revealed that, a few indigenous banks were identified as vulnerable with inadequate capital, high levels of non-performing loans and weak corporate governance. The joint fifth and sixth ECF review by the IMF also observed that, credit growth to the private sector declined sharply from a peak of around 50% in 2014 to 12.8% at the end-2017, despite an environment of excess liquidity and robust deposit growth. Non-Performing Loans (NPLs) continued to increase, reaching GH¢ 8.2 billion in December 2017 or 22.7%. In part, the increase in NPLs is the result of more stringent application of loan classification requirements. Globally, government debts are classified as safe debts but this narrative might be changing in Ghana because of the huge NPLs accrued by State Owned Enterprises (SOEs) especially in the energy sector.

Energy Sector Debt
In President Akufo-Addo’s maiden State of the Nation Address (SONA), he intimated that, the New Patriotic Party (NPP) government inherited a heavily indebted energy sector, with the net debt reaching US$ 2.4 billion as at December 2016. An amount of US$800 million of this debt was owed to local banks which threatened the stability of the financial sector. In an article I co-authored in 2016, titled, ‘Volta River Authority Engulfed In Debt, Does this Pose Risk to the Financial Sector?, VRA was indebted to 13 local banks and foreign financial institutions to the tune of about US$ 1.1billion as at March, 2016. Of the 29 universal banks in Ghana at the time, the VRA owed 13 of them, with Ecobank Ghana Ltd being the largest creditor owed US$ 103 million. This was followed by US$85 million to Unibank, US$81 million to Standard Chartered Bank, US$30million to Zenith bank among others. This posed a threat to the stability of the entire financial industry and derailed Ghana’s achievement of ECF program objective of achieving a strong financial sector industry.

To address the heavy indebtedness of the energy sector, government in 2017 established the Energy Sector Levy Account (E.S.L.A) PLC which is ―a Special Purpose Vehicle (SPV) incorporated as a public limited liability company to issue long-term bonds to resolve energy sector debts due to banks and trade creditors. The securities issued are backed by a component of the Energy Sector Levy Act (ESLA) receivables which has been assigned to the company for the settlement of coupons and principal repayments arising under the securities that are issued. The SPV established a bond program to issue cedi-denominated medium to long term bonds to amortize energy sector debt which was valued at GH¢10 billion at the end of 2016 using energy sector levies. The first tranche of the bond raised a total of GH¢4,783 billion.

This comprised of a 7-year bond of GH¢2,408 billion at 19% and a 10-year bond of GH¢2,375 billion with coupons rates of 19.0% and 19.5% respectively. The issuance of bonds to defray energy sector debt is in line with the bailout objective to strengthen the financial and energy sectors of which bottlenecks in the later caused some program targets to be missed in the first year of implementation. It is unclear the volume of debt government has amortized out of the bond proceeds and the extent of its contribution to the banking crises. This makes Unibank’s case quite unique. On 20th August, 2018, a shareholder of the bank, Dr. Kwabena Duffour filed a suit against BoG among which the bank claimed that, the Official Administrator-KPMG notified the Minister of Finance of overdue amounts from Government and its related activities to the tune of Gh¢ 868,973,599 as at May 31, 2018. Hence, Unibank requested settlements of these amounts because of its effect on capital adequacy ratio. The court is yet to decide on the matter.

Minimum Capital Requirement
Banking consultants and economists have divided opinions on the hike in the minimum paid up capital requirement and its effect on financial stability vis-à-vis local participation in the banking industry. In September, 2017, the Central Bank revised upward the minimum paid up capital for existing banks and new entrants from GH¢120 million to GH¢400 and banks have up to December 2018 to comply with the directive. Banks can raise the new capital through fresh capital injection, capitalization of income surplus or a combination of the two. This directive by the BoG is in accordance with Section 28 (1) of the Banks and Specialised Deposit-Taking Institutions Act, 2016 (Act 930).

The aim of the new capital requirement according to the BoG will develop, strengthen, and modernize the financial sector to support the government’s economic vision and transformational agenda. It is not late for the BoG to review this policy since increasing minimum capital will not automatically strengthen the banking industry especially under the universal banking licensing regime the country operates. As the deadline for meeting the minimum paid up capital approaches, some banks might lose their license if unable to meet the paid up capital requirement.

In conclusion, weak macroeconomic performance, poor corporate governance and risk management practices,regulatory non-compliance and poor supervision among others led to the banking crises. The Government of Ghana has so far injected over GH¢ 8.45 billion in the banking reforms and obviously this adds to the public debt which I will analyse in details in the second part of this article series. More so, an in-depth analysis of the complicated issues of economic nationalism in the banking sector, banking supervision and revision of the universal banking regime will be carried out in the subsequent articles.