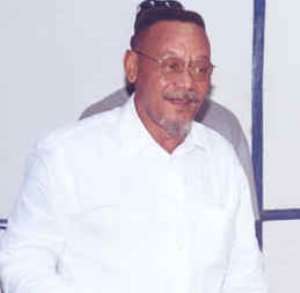 AN INDICTMENT trial against Michael Sousoudis, a businessman, for unlawful possession of explosive firearms and ammunition, at the Fast Track High Court (FTC) was short-lived, when the court, yesterday acquitted and discharged the accused person after it up held a "submission of no case," filed by the defence against the charges.

The acquittal came following a verdict of "Not Guilty," entered for the accused person on all the charges of unlawful possession of firearms and ammunitions, by a seven-member jury, which over-saw the trial.

Pronouncing its ruling on the application, the court presided over by Justice George Ayittey noted that the prosecution had failed to prove beyond reasonable doubt the guilt of the accused person at the close of its case, and therefore Soussoudis could not be called upon to open his defence.

He had pleaded not guilty to both counts and the court had admitted him to his former bail granted by a lower court.

According to the court, prosecution was able to lead evidence that the accused person had in his possession the firearms and ammunitions, which Soussoudis did not deny but that the state attorneys could not prove the essential ingredient of the charges of possessing fire arms and ammunitions without lawful excuse.

The court indicated that evidence was led by the prosecution that suggested that the fire arms and ammunitions found in accused person's house during a combined police and military search four years ago, were covered with valid police permit in addition to an authority note issued from the office of the President by the then Chief of Staff, to aid him "in the discharge of his duties".

"Evidence show that accused person did have lawful excuse to the arms and ammunitions he possessed at the time of his arrest," the court held.

Mr. Amponsah Dadzie, counsel for Soussoudis, in his "submission of no case" filed on May 19, 2005, argued that the ammunitions found in the possession of his client were covered with valid licenses and therefore Soussoudis could not be called upon to open his defence.

According to him the prosecution could not prove the charges of unlawful possession of firearms and ammunition leveled against his client and for that reason, should be acquitted and discharged by the court.

However, in opposing the application of the "submission of no case," the prosecution based its arguments on what duties the accused person was performing even at the time the former government was out of power.

The court at this point was not in agreement with the prosecution since they were to prove the unlawful possession of firearms and ammunition by the accused person, which they failed since the accused had lawful authority to possess them.

Soussoudis' residence, located near Burma Camp was searched in April 2001 by a team of police officers and military personnel acting on a tip off that resulted in a quantity of explosives and military kits found in the main house and the boys' quarters.

Further search by a combined team with the use of a detector and upon information volunteered by the accused person, resulted in the discovery of more firearms.

Addressing the court, counsel for Soussoudis expressed his gratitude to the prosecution for proving the innocence of his client and for the court in giving its decision in accordance with the law.

Coronavirus Misinformation: You Can Now Forward Only One Mes...
1 hour ago

Covid-19: Read IMANI’s Perspective On Getting Economy Alive
1 hour ago