Is Christian Council Of Ghana Presiding Over Savages? 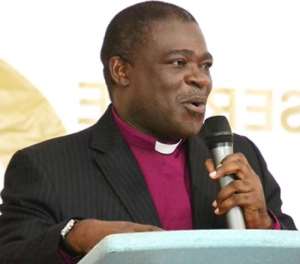 Peaceful and law abiding Ghana was the hay days when traditional worship was the dominant religious practices in the land. The introduction of “Halleluyah and Asalamu Alaikum,” shifted the mantle of dominance to the followers of the True Son of God who died on the cross to save the world with the teachings of forgiveness and love, love your neighbor as yourself, among others. Surprisingly, this is the days that lawlessness and apathy has been let loose upon the people.

It has been widely claimed though without any clear statistics that Ghana is a Christian nation.

In an attempt to establish this unproven claim, the Ghana Christian council allegedly registers and accept any Church without doing due process on them. It appears any man who can recite John 3:16 from the Bible can become a pastor and thus qualifies to principal the spiritual soul of his congregation.

A stroll through Accra will awaken your conscience to the abundance of Churches you will see. There are Churches in all corners and every class room is a Church but what is been preached in most of those places is not of the interest of the Christian Council, not even the Internal Revenue Authority (IRA) laws that are being violated by the Churches.

It is not astonishing that the Church persecute and excommunicate those who challenge their official dogma in the history of Church establishment.

Money (the new charity of the Church), fame and preponderance are now the new creed of the Church instead of salvation, love and forgiveness.

So, Christians will jump to attack the traditional set up and condemn Islam whenever a Muslim is found to have committed a crime. Just to paint the peaceful region of mankind black and unappealing to those who believe in peace and truth.

Jihad, which means exhortation to be a good Muslim, is often twisted to sort Christian hegemonic agenda by the mistake of some Islamic scholars in respect of interpreting Ijtihad and Tajdid which allow to interpret Islamic law where there is an allowance for interpretation and renewal of Islamic law. So, they interpreted Jihad in their own way which nearly suggests a holy war and dying for Islam, contrary to the true meaning of Jihad, and the end goals of Islamic law.

Muslims are humans like any other person and are bond to err, but anytime error occurred and the culprit is a Muslim, Christians will jump through Jihad to rubbish the entire Islamic religion, even though the Bible warned them against reproach and condemnation.

Now Major Maxwell Mahama has been lynched to death in a Christian Town at Denkyira-Buasi. 99% of those who lynched him and the onlookers are Christians, yet, none could remember the teaching of the New Testament, not even the doctrine and the values of Christianity, rather, as a Christian Jihadist, they endorsed the law of the Old Testament; an eye for an eye, a tooth for a tooth. Holy war for Christ.

Should the Muslims also condemn the Christian religion? Call them Christian Jihadist? Or call them Christian extremists? That would have been fair according the Law of Moses in the Bible, but Muslims again chose to be believers as they have always been, and the believers are described in the Holy Qur’an as “men of understanding” and the Qur’an itself is a sign for the “people who understand” or “people who ponder”.

Over the past years and still counting, we have had Christians who have engaged or committed heinous crime against humanity and mother earth, yet, no one condemned their religion. We have had pastors who engage in politics such as Otabil who even called on the youth to take up the government prior to the 2016 election and no one condemned his religion as radical.

When you see Martey, you see bribery, yet the eyes of the Christian council was dim and ears sealed.

The Christian Council will not clean up the mess in their house, yet in a hasty heels to clean someone else house.

What has happened to Major Mahama is a clear lesson to the Christian dome to appreciate the fact that, there are equally bad people in the Christian set up. They should therefore put stop to their religious segregation and bigotry.

Ghana belong to all.