Is The Current National Democratic Congress (NDC) An Enemy To Voltarians? 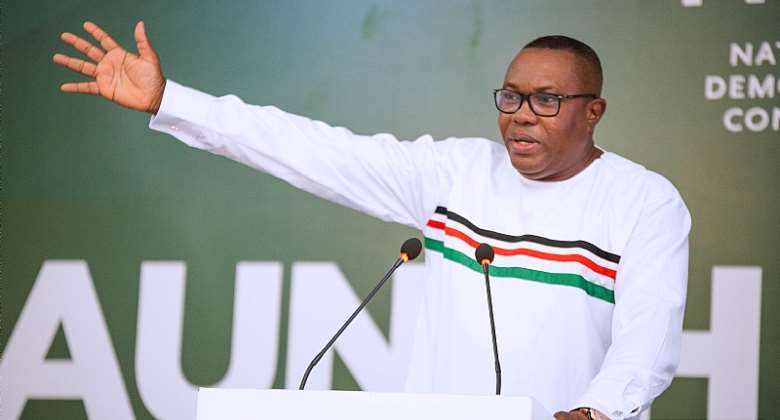 Since 1992 when Ghanaians adopted multiparty democracy, the NDC has enjoyed tremendous support from the Volta region. NDC political victories at national elections are as a result of the immense vote the party gets from the Volta region. The region has remained the party stern unbending. Even when the NDC conceived defeat, 99% of the parliamentary candidates of the region who flood the parliament as elected Members of Parliament (MP) are NDC Parliamentary candidates.

This undiluted love for the NDC that the people of the Volta region flamboyantly display at anywhere and anytime mesmerized members and supporters of the rival parties.

This development brought the Ewes untold insult, hatred and name callings from the other tribes and the NDC political opponents. Yet the people of the Volta region remained obdurate and unstoppable in commitment to the Akatamanso (NDC). It is such a fantastic and fabulous exhibition of greater party assurance without any outlandish attach.

Volta region was known as the NDC world bank in terms of voting patterns until 2016 when the then President John Dramani Mahama on the ticket of the NDC declared the region as NDC IMF.

One would be compelled to think that the NDC as a party will reciprocate the faithfulness of the Ewes towards the NDC by loving the people of the Volta region just as they have loved the party but the opposite is the case.

From 1992, NDC have been the long-serving party in power and they are aware and even part of the discrimination, marginalization of the Volta region. Even in the life of J.J Rawlings when he was the commander in chief of the Ghana Armed forces, I personally walked to the Ministry in Accra, tried to find out why the Volta region have been left undeveloped? I was told in the face by NDC Minister that there is nothing coming from the region.

If nothing is coming from the Region, what about the taxes that the government is taking from the people? NDC under Mr. Rawlings to date has demonstrated without remorse that timber and Gold are more valuable than the lives of the Volta region.

Under the Presidency of Mr. John Dramani Mahama, a lawmaker Hon. Kennedy Agyapong declares war on the Voltarians on air, NDC was not bold enough to interrogate the said lawmaker.

Prior to the 2016 general election, Dr. Mahamudu Bawumia, then running mate for Mr. Akufo-Addo in Alisa hotel told the press that 76,286 persons from the Volta Region in the Ghana voter register are Togolese and they should be removed from the register. NDC didn’t do anything about such comments.

During the 2018 NDC delegate congress that gave the mantle to Mr. John Mahama as the party 2020 flagbearer, saw many Voltarians in the party been voted out from key positions in the party and when some people complained that such move will give bad spirit to the people of the Volta region which is NDC stronghold, Mr. John Mahama is one of his speech as a direct response to that, said: “President Akufo-Addo did not win the 2016 election from the stronghold.” This comment is a total denial of the contribution and input of the Volta region to the Akatamanso success.

If the NDC now know how to win an election without stronghold, why are they canvasing capriciously in the Volta region for a vote?

When Akufo-Addo decided to create Oti region out of the Volta Region, the good people of the region realized that the motive is more of creating political gerrymandering and a tribal region than the development reason that the government told them. Ordinary Voltarians did their best in fighting for their dear land without the NDC MPs or the Volta caucus in Parliament.

Meanwhile, Mr. John Mahama has donated Ghc 50,000 toward the creation of the new regions, yet NDC would not tell Ghanaians whether they support it or they are against it because Voltarians are not in favor of it and NDC have also projected the same thing in their manifesto.

In 2019, Francis Duku, the police commander of the Volta region and his men invaded Alavanyo and open fire into innocent crowd unprovoked. Those who will die, died. Those whose legs will be amputated were amputated. In the face of this atrocity, NDC did not cough a word. Yet when three Takoradi girls were kidnaped, NDC became restless and wild like a cat in labor. I do not support kidnapping but the truth is that NDC actions in these two cases show that the lives of the three Takoradi girls matters than the lives of Voltarians to the NDC.

When some people of the Volta region got arrested in a Rambo style for speaking on the union between Western Togoland and Ghana, such a legitimate issue, NDC MP’S from the Volta region remained quiet. The best they can say was that the constitution of Ghana does not allow them to speak on separation from Ghana. For goodness sake, Volta MP’S are the representatives of the people and if the constitution prevents them from speaking on the will of the people they represent, what good is it then for them to be in parliament?

Statistics show that NDC MPs from the Volta region (Volta caucus) in parliament only represent their political party and their parochial interests not the interests of the people who voted them into power. They don’t care about the people.

I hold an exception to Lawyer Rockson Dafeamekpor who has in many times of difficulties demonstrated his love, support, and care for not only his constituency but the Volta region as a whole. He is one politician who has earned my respect and I wish that the voltarians recognize him and reciprocate his hard work and good intentions for the Volta region. May God bless him.

Now that NPP government have deployed military to intimidate the people in the Ketu South of the Volta region, NDC MP’S have run to the area to hold a press conference in which they have encouraged the indigenes to come out in their numbers and register so that they can vote NPP out of power.

In fact, Politicians do not have shame. If it has not been that we have barely five months to the election, would they have gone there to hold a press conference on the issue? Why didn’t they hold press conferences in Alavanyo when Alavanyo innocent citizens were killed?

I am sure that the people of the Volta region are wild awake.

I wish to remind the Volta caucus in parliament that they cannot ignore the genuine concern of the Voltarians. Volta region is part of the UN trust territory (Western Togoland) and the Volta region is requesting that the union that their forefathers voted for in 1956 should be regularized, in which case Western Togoland would take care of herself and Ghana will not be blamed for the underdevelopment of the land. If the NDC MPs fail or feel they cannot speak on this subject, then, there is no need to ask for Voltarians vote. After all, Voltarians have every right to decide not to vote.