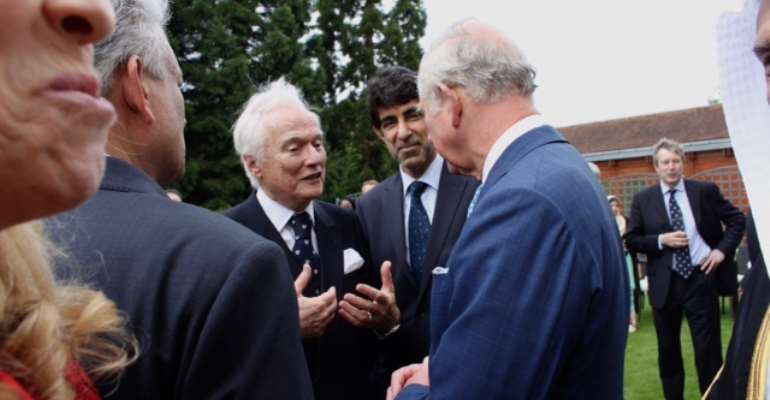 Geneva, 16 June 2017 – Dr. Hanif Hassan Ali Al Qassim the Chairman of the Geneva Centre for Human Rights Advancement and Global Dialogue (“The Geneva Centre”) as well as the Centre’s Executive Director Ambassador Idriss Jazairy and Board Member Trevor Mostyn attended the inauguration ceremony of the new premises of the Oxford Centre for Islamic Studies whose patron is HRH Prince Charles, the Prince of Wales.

The ceremony was also attended by the Chairman of the Board of Trustees HRH Prince Turki Al-Faisal and by the Oxford Centre’s Executive Director Dr. Farhan Nizami.

“The Geneva Centre”, he said, “is currently in the process of arranging a World Conference on the subject of ‘Religions and Beliefs, Joining Forces to Enhance Equal Citizenship Rights.’ I believe this would be an ideal opportunity for both Centres to unite their forces in addressing prevailing misunderstandings affecting Muslim-Christian relations through the advancement of equal and inclusive citizenship rights.”

The Oxford Centre forms part of the renowned Oxford University considered as one of the world’s leading and most influential educational institutions.

The mission of the Oxford Centre for Islamic Studies is to act as a “meeting point between the Islam and Western worlds of learning.” The Centre is also committed to the “advancement of academic excellence in teaching, research and publication.” It was established in 1985 to encourage the “scholarly study of Islam and the Islamic world.”

On 15 February 2017, the Geneva Centre’s Executive Director Ambassador Idriss Jazairy had delivered a lecture at the Oxford Centre on the ideas and teachings of the founder of modern Algeria Emir Abd el Qader el Jazairy.

He had been invited by the current Director of the Oxford Centre for Islamic Studies to offer his insights on the heritage of Emir Abd el Kader as a “precursor of universal values.”

About the Geneva Centre for Human Rights Advancement and Global Dialogue:

The Geneva Centre is a think-thank dedicated to the promotion of human rights through cross-cultural, political, religious and civilizational dialogue between the Global North and the Global South, and through training of the upcoming generations of stakeholders in the Arab region.

The Centre works towards a value-driven human rights system, steering clear of politicisation and building bridges between different narratives thereon of the Global North and of the Global South. Its aim is to act as a platform for dialogue between a variety of stakeholders involved in the promotion and protection of human rights.